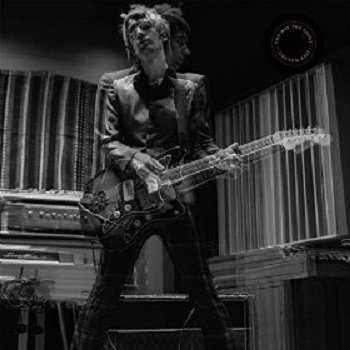 Jeff Wootton may not be a household name, but he is without a doubt one of the most respected musicians currently working within the British music industry.

At just 28 years old, the Manchester native has racked up a résumé that is as impressive as it is diverse, having worked with a number of legendary artists such as Brian Eno, Noel Gallagher and Damon Albarn to name a few.

But on his debut solo album release ‘The Way The Light’, Wootton looks to build a legacy of his own as he configures and navigates through dense atmospheric soundscapes.

The sonic approach is richly detailed, as is his musicianship. The surging opener ‘Sea Of Sound’ undulates and crests like a breaking wave with its spacious guitars and, swelling from the ripples, ‘Venus’ busts with a big-beat groove as fuzzy psychedelic guitars roar.

Wootton has created a world somewhere in between Black Rebel Motorcycle Club, Kasabian and Spiritualized. Although the record is meticulous in places, he rewards a diligent listener by adding in subtle nuances. The transcendent operatic ‘Sonik Drips’, for instance, freezes a moment in time and gracefully blossoms into a crushed krautrock crunch, ‘Reverie’s ambient intro morphs into a strutting bass bounce while lead guitar melodies tower over Wootton’s delayed sing-speak.

However, like most young artists, Wootton does have a tendency for an occasional aimless run, thus the lumbering, appropriately titled closing track ‘The End’ feels aimless and indulgent, but does offer some encouraging hints to where he may explore in the future.

‘Ceremony Waltz’ and ‘So Lonely’ mollify the anxious nature of the previous tracks as Wootton dabbles within the confines of ‘traditional’ songwriting. The light, jazzy drumming of the former lulls the listener into a dream world that recalls the early days of The Verve, whereas the latter’s plaintive acoustic strums morph into a fluttering guitar solo. Both are simply beautiful as they add flavor and take some of the sonic weight off the album. Elsewhere, ambient soundscapes are juxtaposed against a half blues, half folk riff on the exquisite ‘The Way The Light Bends Around You’ after ‘The Eternal’ settles into an eerie meditative haze, adding a distinctly middle-eastern feel.

‘The Way The Light’ is not concerned with labels or genres. It is only focused on being a great piece of music. Wootton’s virtuosic playing has been apparent to anyone following the recent British rock n roll scene, but his vision and craftsmanship as an artist here are equally impressive, the arrangements and attention to detail on display are simply marvellous.

Though not an easy record to digest – there are not many traditional songs on here – it seems Wootton isn’t concerned with becoming Britain’s next great classic songwriter, yet with such a keen sense of artistry it’s hard not to feel inspired by the craftsmanship and emotion behind the work.

As an album ‘The Way The Light’ doesn’t really proclaim anything too concrete, but a bold statement is made: more than just a skilled hired hand, Wootton is a rare musician, fearless in his artistic choices.