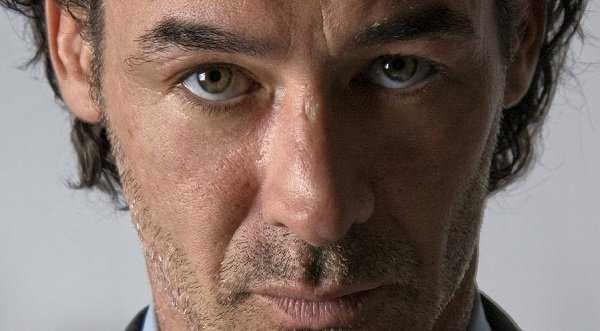 There’s a lot to be done behind the scenes if one is to have a great party.

After working in various sections of the entertainment industry, Gerard McNamee understands this simple truth.

During the past twenty five years McNamee has dabbled in music, management, and most recently film with outstanding success. The Bronx native has been described as ‘the epitome of a NYC badass’; wherever he goes he brings a hardworking attitude and an effortlessly cool demeanor with him.

By way of introduction, if it’s needed, McNamee is perhaps best known as the director of operations at New York City’s world famous Webster Hall venue. He is also the owner and visionary behind East Village Social – a bar on St. Marks Place and, in addition to being a successful entrepreneur, he now also has a budding acting career and will feature as a co-star on an episode of USA Network’s ‘White Collar’.

Born in the Bronx to a hardworking Irish family, McNamee is first generation Irish-American; the ragged toughness he exudes can be attributed to this traditional upbringing. “I literally have Irish blood running through my veins,” McNamee tells Live4ever, with pride, during an exclusive interview. “But I’m a Yank.”

Raised Irish Catholic, he matured and began forging his own identity through a love of motorbikes and entertainment – this diverse set of passions can all be traced back to one source. “It all happened through music,” he explains. “I grew up listening to Irish music and country music.” Soon, bands like The Clash and Led Zeppelin were unearthed and the progression from Celtic traditions to country and rock n’ roll started to shape not only a new identity, but a life in the entertainment world too. Then, in 1983, McNamee experienced perhaps the most significant party of his life – it came after his 8th grade graduation.

When celebrating graduation from Lady Mercy with the entire local Irish community, a family friend showed up with a wooden dancefloor and set up a DJ booth. “It started with Irish music in the background,” he recalls. “And then, by the time everyone had a couple cocktails in them, forget it! Five hours later, we were in the throws of a fucking discotheque.” After the party, McNamee went out and spent all his money on a rig – he’s been DJing ever since.

After graduating from Fordham University, McNamee saw an opening for a nightclub managing position posted in The New York Times. “Oh my God, that’s my job,” he tells us, reflecting back on the posting. He applied and got the job and was managing at the historic Webster Hall, one of RCA’s most famous studios during the 40s and 50s. Rat Packers Frank Sinatra and Sammy Davis Jr. recorded frequently there, while Bob Dylan’s first professional recording was laid down at the hall. McNamee’s career was off to a promising start.

Soon, under his watch, the biggest stars and celebrities in the world were coming to Webster Hall for a party, huge artists such as Madonna, and even the Clintons.

A brief encounter with Madonna was particularly memorable; not wanting to go in through the back door, McNamee was forced to bring the popstar and her entourage through the front door. Whilst fighting through her rabid fanbase, Madonna stopped. “She looks me up and down, with lust in her eyes, and continues into her dressing room,” McNamee remembers with a laugh. “And that’s the last time I ever set eyes on Madonna…”

After working at Webster Hall for five years, McNamee decided he wanted to created his own business within the entertainment industry. Thus it was that he opened a bar in Hunter Mountain, which ran for several seasons. During one of the summers, another bar was built, and had outstanding success. For a few years, McNamee alternated between the two, spending summers in Montauk and winters in Hunter Mountain. Another, East Village Social, soon followed in St. Marks Place.

It was 2008 when McNamee was approached by filmmaker Gregg de Domenico, a man determined to have the Webster Hall owner star in a film. Two and a half years later, McNamee made his acting debut, starring in the short film Hip Priest – a piece directly inspired and written with him in mind. Hip Priest led to new opportunities, opportunities which also presented new challenges. He began taking acting classes from Sharon Angela (The Sopranos), John Mato and other respected industry professionals. After working on and auditioning for small parts, McNamee landed a gig doing commercials for the Kindle Fire. “I’m facing a fear,” he says when discussing the appeal of acting. “Acting for me at this point is not fun. It is exciting, it is exhilarating, but it’s not fun.”

McNamee’s fearlessness and dedication towards his craft – whether it be acting or managing New York’s most famous club – has helped him become one of the city’s most successful go-getters. “It’s about throwing a good party,” he believes. “I like to entertain people. My job here at Webster Hall defines me. I love every minute of it. I get off on the ridiculousness of it all.”

An hour in the company of such an infectious, passionate, driven individual makes it clear just why McNamee has become so successful – come on, who wouldn’t want to party with him?