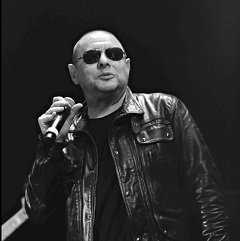 The Happy Mondays have been forced to cancel a tour of Australia due to an illness being suffered by drummer Gary Whelan.

The Manchester band have been touring on and off since the ‘classic’ line-up reformed in late 2011, and are due to play a one-off gig in London later this month shortly after an appearance at the Isle Of Wight festival.

However, having already delayed the Australian dates which were originally due to commence in May, the band’s promoters Kill Rock Star Big Dog Entertainment have now confirmed the total cancellation, with fans being reimbursed.

“It is with regret that KRBD Entertainment announces that the Australian tour for Happy Mondays, which was previously rescheduled for Melbourne, Sydney, Brisbane and Perth, has now been cancelled by the band’s management citing medical issues with drummer Gary Whelan,” a statement reads.

“While details remain hazy, a mutually agreeable solution could not be found to rescue the tour. Happy Mondays management officially cancelled the tour over the weekend.”