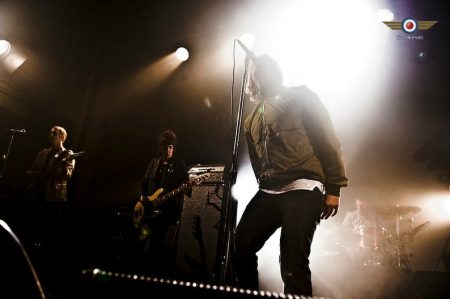 The departure of Kasabian guitarist Jay Mehler to Beady Eye has been confirmed by the band on Facebook.

With former Oasis members Liam Gallagher, Andy Bell, Gem Archer and Chris Sharrock on the lookout for a new bassist after their previous touring partner Jeff Wootton left to pursue other projects, rumours first surfaced on social media earlier this month that Mehler had taken the decision to make his move after only a relatively short time as a fully paid up member of Kasabian. The whispers were the given further credence when Mehler was absent from an appearance by the Leicester group at a recent Comic Relief benefit evening in London.

And a post on Kasabian’s official Facebook page has clarified the rumours, and reads: “Jay is our bro we’re all good and the last six years have been mega. He’s moving on and will be incredible in Beady Eye. We thought posting an awesome video was the best way to let you guys know that he will be missed, but here it is in black and white too.”

Beady Eye have been working on their second studio album with producer Dave Sitek, and are expected to unveil a new single in April.