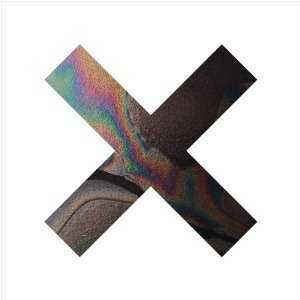 And so the return of 2010’s Mercury Prize-winning wunderkinds The xx. Back with a… not a bang exactly, more so another collection of brooding pop-noir. Well, what else were you expecting?

After the universal success and widespread critical acclaim bestowed upon the band’s self-titled debut, the expectation levels for the follow-up have been raised somewhat – pretty much the modern standard for any act entering the dreaded – and clichéd – Difficult Second Album™ phase.

On ‘Coexist‘, all the elements fundamental to what it means to be The xx are present. Monosyllabic song-titles dominate, reflecting the fleetingly short-lived songs contained within; their whole persona defined by an all-pervading monochrome minimalism, stark instrumentation and deadpan delivery.

The xx’s resident producer and electronics whizz Jamie Smith has stated that this album has been inspired by the club scene in London, but it’s an influence that’s hard to spot on opener ‘Angels‘. Here it’s business as usual as Romy Madley-Croft coos seductively over a Beach House-esque monophonic guitar line and jerking rhythms. As openers go, it’s a slow one. But it’s one that welcomes the listener. Not warmly of course, but with a nonchalant, hipster-cool shrug of the shoulders instead.

Madley-Croft’s vocal delivery harks back to Tracey Thorn of Everything But The Girl, a lot. None more so than on ‘Chained’s narcotic swells. There’s even a track on here called ‘Missing‘ – surely intentional.

Instrumental intelligence is interwoven throughout the album as well: ‘Reunion’s inverted Caribbean drums completely squeeze out any joy associated with the instrument, whilst the aforementioned ‘Missing’ mimics a pulsing heart when Sim opines that his is ‘beating in a different way’. This bleakly morphs into the drone of a life support machine, one on which human life has recently since passed.

Meanwhile, ‘Try’ has the band turning to a major key – of a fashion at least – and is a particularly strong song in the set as siren effects collide with reverb-soaked, dream-pop guitar simplicity.

In some quarters, minor criticisms of ‘Coexist’ would be the album’s perceived lack of variation between songs, possibly going as far as the lack of inter-song dynamics as well. However, their less-is-more attitude should be respected and their confidence in laying these songs bare, exposed to the vicious elements, should be applauded.

When Smith’s clubbing influences do finally raise their head, such as on ‘Tides‘, we find the band in full swagger. A loping drumbeat locked into the bass groove whilst staccato guitars jab between icy, swirling synth-strings. This isn’t the faux-machismo swagger of say, a Kasabian or anyone of that ilk, and nor should that be expected – or accepted.

Instead, ‘Coexist’ is the sound of an aloof confidence, a cocksure melancholia and an expansive closeness. All dressed – of course – in black.