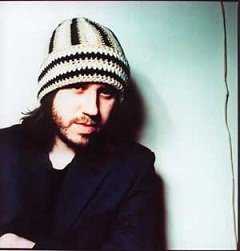 Badly Drawn Boy has apparently had another gig to forget, with The Sun reporting that the Bolton songwriter threw his harmonica at a member of the audience during his appearance at the Northampton Music Festival last weekend.

According to the tabloid report, Badly Drawn Boy – real name Damon Gough – did nothing to endear himself to the crowd by branding Northampton as ‘shit’, and then launched his harmonica into the audience after Rebecca Johnson made her grievances known.

“I was stunned,” she has told The Sun. “But luckily he throws like a girl, so it fell short.”

Gough was involved in a similarly troublesome gig back in December 2010 when he told those attending a performance at the Troubadour in Los Angeles that he would ‘never play there again’.

“I’m never playing here again,” the LA Weekly reported him as saying at the time after he experienced sound problems. “If I’m playing in LA, it won’t be at the Troubadour.”

“This is a fucking disaster,” he continued. “I just want the world to swallow me up. Why tour America when nobody’s buying the record?”