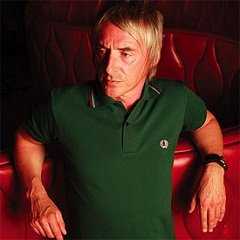 Paul Weller has offered up a special treat for his fans today in the form of a brand new track entitled ‘Starlite‘.

The song will be accompanied by a selection of  remixes and will be available on 12″ vinyl and digital download formats.

Speaking about ‘Starlite’ Weller, who released his last studio album ‘Wake Up The Nation‘ last year has said: “Here’s a brand new track called ‘Starlite’ in time for the Summer. It’s not from the forthcoming album, it’s just for NOW! It’s part Balearic beat, poetry and psychedelic music. I hope you like it. PWx”

A preview of ‘Starlite’ is available for listening pleasure on Soundcloud right now.

The tracklisting for the iTunes bundle released on August 7th is:

The 12″ vinyl released on August 29th will contain: