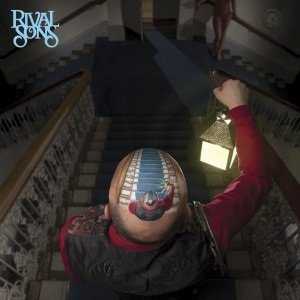 What would happen if you took a generous portion of Led Zeppelin, mixed it with some AC/DC, threw in a little Free and Bad Company, and seasoned with a touch of Black Crowes? The resulting gumbo would probably sound something like Rival Sons.

Having being touted as ones to watch since self-releasing an album in 2009 and an eponymous EP earlier this year, the Californian band make their full label debut on Earache records with ‘Pressure & Time‘. Normally the preserve of thrash, grindcore and death metal bands, Earache does not initially seem like the obvious home for these unabashed blues rockers. However, the band have claimed that such incongruity is to their benefit, as it allows them so stand out from the label’s usual roster of relentless sonic assault.

That’s not to say that their sound is without the requisite rawness and energy – Rival Sons deal in slabs of high-octane rock n roll, powered by bluesy riffs and the leather larynx of Jay Buchanan, which has apparently been cut from Plant and Rodgers cloth. Replete with vaguely pretentious artwork by the legendary Storm Thorgerson (the artist behind classic Led Zeppelin and Pink Floyd sleeves), the album itself was written, recorded and mixed in just twenty days, which helps to retain a ragged live feel. Indeed, the raw urgency of the record only serves to highlight what a powerful live proposition the band are likely to be on their forthcoming tour.

Opening track ‘All Over the Road‘ pretty much sets the tone for the album – a huge, driving guitar riff coupled with Bonham-esque drums, all held together with Buchanan’s soaring vocals. Sample lyric ‘Pull up your dress, I’m gonna show how the west was won’ is perhaps indicative of what to expect over the course of the record.

It’s a taut, lean album with no weak songs, with the title track ‘Pressure & Time‘ being another highlight. Its towering riff, filthy bass line and urgent refrain all adding up to an irresistible noise. Elsewhere, ‘Only One‘ is perhaps one of the nearest things to a ballad that features on the record – channelling the sound of classic 70s rock, its mix of soulful vocal and restrained guitar recalling Free at their finest.

As well as its obvious retro appeal, there are also shades of more latter-day Blues stylists among the tracks. ‘Burn Down Los Angeles‘ in particular revels in a staccato delivery and garage feel, which is reminiscent of recent revivalists such as The White Stripes or The Black Keys.

‘Face of Light‘ closes the album on a lighter, more reflective note, being told from the perspective of a washed up fighter as he laments his past. It’s an unexpected curveball after the unapologetic machismo that has gone before, but it somehow works perfectly and serves as a fitting coda to this impressive collection.

‘Pressure & Time’ is a genuinely thrilling debut and – clocking in at little over thirty minutes with only one song that troubles the four minute mark – is a record that has the added quality of leaving you wanting more. OK, they’re unlikely to be lauded for startling originality anytime soon and their influences are worn pretty brazenly on the sleeve, but when the end result sounds this good, who’s complaining?