Home
News
Ozzy Osbourne: ‘If a Cat’s Got Nine Lives Then I’ve Used All Of Those’ 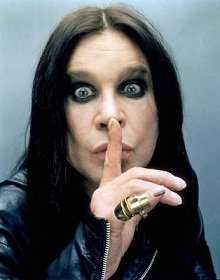 The rock n roll hell-raisers’ hell-raiser Ozzy Osbourne has admitted he used up ‘all of your lives as well, and a lot of other people’s lives too’ during his decades of excess.

Ozzy’s antics while on the road with Black Sabbath and later as a solo artist have passed into rock folklore, but he has told Kerrang the extreme lifestyle came close to costing him his life on more than one occasion.

Ozzy also explained how his ‘unhappiest moment’ came during his battles with alcoholism. “When I couldn’t stop drinking,” he said. “Alcoholism is ruthless. I could not stop drinking. Sharon would have parties and I’d have to be the only one not invited. At the end of the day I was a miserable fucking arsehole.”

Ozzy Osbourne is due to perform a one-off show at London’s Hammersmith Apollo on June 12th.