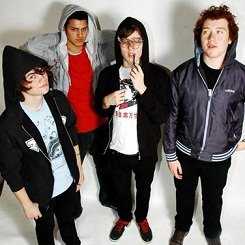 Bombay Bicycle Club plan to have their new album released this August, and have hinted at another change of direction for the forthcoming record.

“The first time I played it to any of my friends was at a house party and none of them believed it was Bombay Bicycle Club,” frontman Jack Steadman told NME of a new track entitled ‘Shuffle‘.

The London-based four piece rose above an unremarkable brand of indie with their second album ‘Flaws‘ which, by consciously being recorded as an acoustic-led album, showcased superb songwriting and excellent production.

Animal Collective cohort Ben Allen, a perfect choice for the band as they look for a more distinctive electric sound, has been brought on board as producer, with other songs set for the LP including ‘Bad Timing‘, ‘What You Want‘, ‘Still‘ and ‘Fractures‘.

Bombay Bicycle Club have a series of festival dates planned across Europe over the course of the summer, including appearances at Dublin’s Forbidden Fruit, Spain’s Benicassim, and the UK’s Glastonbury and Reading/Leeds events.