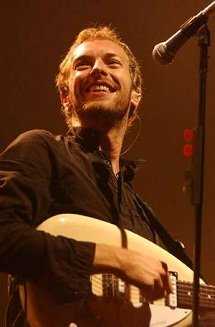 Coldplay have been recording new material with their good friend Ash frontman Tim Wheeler, so says a source in today’s Sun newspaper.

According to the source, Coldplay’s Chris Martin invited Wheeler into the studio during sessions for their new album, thanks to Martin’s admiration for Wheeler’s songwriting abilities. “Chris has always had a soft spot for Ash. They were quite close in the early days and have shared a number of bills over the years,” the source says.

“He admires Tim as a songwriter, especially his brilliant way with melodies, so he didn’t think twice about asking him to get involved.”

Coldplay are again working with acclaimed producers Brian Eno and Markus Dravs, a combination which helped to create a more inventive approach to previous LP ‘Viva La Vida or Death and All His Friends‘.

Rumours continue to circulate that Coldplay will join popstar Beyonce at this year’s Glastonbury festival, with a spot at Germany’s Rock AM Ring this summer already confirmed for the band.