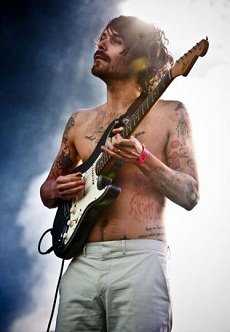 Beady Eye and Biffy Clyro are amongst the names confirmed to perform at the annual Teenage Cancer Trusts concerts at London’s Royal Albert Hall next month.

The 11th TCT event will be held from March 21st-27th, and will be opened by a comedy evening featuring popular British stand-ups John Bishop and Kevin Bridges. Squeeze will follow a day later alongside The Feeling, after which Scottish band Biffy Clyro will headline on the 23rd.

Organiser Roger Daltrey will take to the stage on the 24th, when he will perform The Who‘s 1969 rock opera ‘Tommy‘ in its entirety, as well as playing a selection of the rock legends’ earlier favourites.

“These gigs have raised nearly £10 million in 10 years and they make a real difference to the lives of thousands of young people with cancer,” Daltrey has said. “We’ve had both legends and rising stars play for Teenage Cancer Trust over the years and 2011 is no different. I’m truly grateful to everyone for their support.”

Beady Eye are due to headline the strings of shows on March 25th, right in the middle of their debut European tour, and will be followed by Editors and Tinie Tempah.