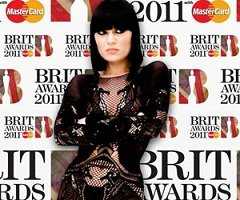 The winner of the coveted 2011 Brit Awards Critics’ Choice award, handed out to one of the brightest new talents in the UK, has been announced today.

Essex-based singer songwriter Jessie J has been chosen for this year’s prize, after her debut single ‘Do It Like a Dude‘ reached the UK’s Top 20 last month to high praise from critics. The gong caps off a successful few weeks for the singer, who was also shortlisted on the BBC’s influential Sound Of countdown. Jessie will now be due to perform at the Nominations Launch event on 13th January, which is to be televised a day later on on ITV2.

In response to her win, Jessie said: “This is epic! It has been a dream since I was a little girl to win a BRIT. I can’t believe it’s happened!”

Fellow songwriter James Blake came in second on the countdown, while new NME darlings The Vaccines were third. Previous winners of the Brits Critics’ Choice Award have included Ellie Goulding and Florence & The Machine.

Tags:ellie goulding, florence and the machine, jessie j, the vaccines