Today’s Soundbites looks at the last UK gig for Supergrass, which Arctic Monkey joined P.Diddy on stage, Pete Doherty’s latest antics, and a return to action for The Strokes and The Vaselines. 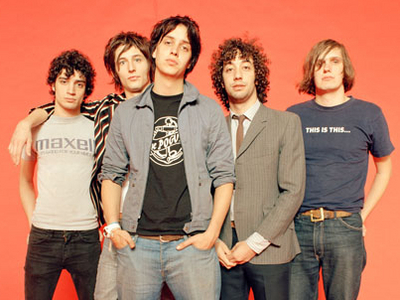 Supergrass bid an emotional farewell to the UK last night (10/6), playing their last ever gig on home soil at the O2 Brixton Academy. Greeting the crowd, frontman Gaz Coombes said: “Well hello there, how you doing tonight, we’re so glad you could come tonight, it’s the last time Supergrass  play in the UK,” and after introducing ‘Rebel In You‘ said: “This is for you guys, to say thanks. I hope we can go out on a high.” The band wil play their final show in Paris tonight, after which drummer Danny Goffey is due to join Babyshambles for their forthcoming tour.

One band returning to action at the moment is The Strokes. They played their first UK gig since 2006 under the alias of Venison at London’s Dingwalls venue on Thursday. The gig was a warm-up for their headline appearance at this weekend’s Isle Of Wight festival, where they will play alongside Sir Paul McCartney and Jay-Z.

The Vaselines, brought into the public attention after Nirvana covered a selection of their tracks during their legendary MTV Unplugged show in 1993, have announced they are set to return, twenty years after their debut album. A new song, ‘I Hate The 80s’ can be downloaded here.

Pete Doherty seems to be up to his old tricks again, as reports this week claimed he had written a message in blood in a hotel room at the Ibiza Rocks festival. According to a source close to Bombay Bicycle Club, who had the unenviable task of checking-in straight after Doherty, they found the Ibiza Rocks logo scribbled in blood, accompanied by Doherty’s signature. “The band found it funny but also very weird,” said the ‘source’. “Pete was obviously feeling lonely. He didn’t stay with anyone and the drawing had a big heart around it.”