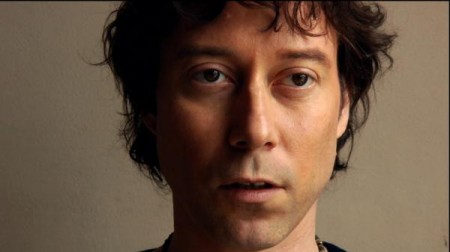 Well, a shall we say interesting chapter in British politics looks set to be closed this Thursday when the public flock to the the ballot box to pass judgement on a Gordon Brown-led government which has seen, amongst other things, the biggest recession in nearly a century and an Expenses scandal which if nothing else brought Duck Ponds firmly into the British public’s consciousness. It’s a period which has sparked anger and a burning desire for change at Westminster in equal measure, the only problem being that no-one seems quite sure what change they actually want.

It’s a confusion which seems to be leading to even more frustration against the political class as people look for an alternative to a Prime Minister who ghosted into No.10 seemingly without an understanding that microphones still work when car doors are shut, but still can’t yet bring themselves to entrust possibly the most fragile economic state Britain has faced since World War II with two Eton lordies sporting identical side-partings. This desperate desire for a saviour even meant that a competent performance by the Liberal Democrats’ Nick Clegg in Britain’s first ever live Leaders Debate a couple of weeks ago led to him being compared to Churchill in some opinion polls shortly after. Yep, it’s desperation times all right.

That frustration being felt by so many is well encapsulated in both the lyrics and accompanying video to London-based songwriter Adam Parker’s debut single ‘Smart Man‘. Given the events of the now infamous ‘Bigot-gate’ it’s not a bad title for a song commenting on the upcoming elections, and the video itself perfectly sums up the anger of the ‘little man’ who quickly becomes the hero of the video.

Opening in a setting of an every day Joe Blogg listening to the morning’s latest Bankers Bonuses news, a scenario played out in most British homes over the past couple of years, our hero is thrust into action by the empty words of Chancellor Alistair Darling, he of the Badger eyebrows, and bursts into life declaring that he feels so trapped that he ‘can’t breathe‘. The gremlin-like little man’s pent-up anger is stifled away in a suitcase as Adam strides purposefully towards Westminster declaring ‘a small man’s coming/I don’t need your words‘ and ‘I’ve had my fill’. Noting the ever-present CCTV cameras along the way, the little man is unleashed into Parliament to display symbols of both destruction and change, still telling us that he ‘doesn’t need your words of hate‘. With the attention of at least one Londoner captured, Adam departs looking satisfied, with his simple message now emblazoned across the Houses Of Parliament.

The track and video might not help you to decide which box to cross this week, but it skillfully lends a voice to the average dis-illusioned voter and is an impassioned call for action against the established order. Now the only question that remains is, what would a Smart Man do at the elections this Thursday…?

For all the latest news and music from Adam Parker, visit his Myspace page at www.myspace.com/adamparkeruk