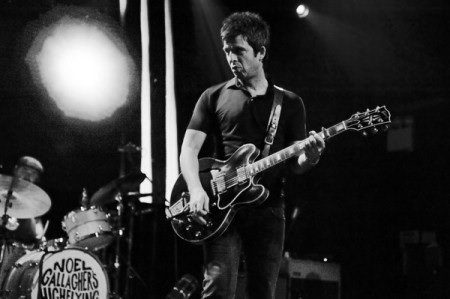 Noel Gallagher, The Charlatans, Madness and Rudimental have been announced as headliners for Kendal Calling 2016.

Having spent most of his musical career at the top of festival bills, Gallagher made the step up to headline status in the UK with his High Flying Birds solo vehicle last year, most notably at T In The Park.

Indeed, this performance will arrive 20 years to the week since Oasis‘ own era-defining outdoor shows at Knebworth and Loch Lomond.

“My first gig in a field was Loch Lomond watching Oasis twenty years ago,” says Kendal Calling founder Ben Robinson. “That moment defined my youth and calling in the years to follow.”

“Noel’s songwriting has soundtracked the lives of millions over the last two decades; it’s with great pride that we’re able to bring those anthems and his new hits to the fields of Kendal Calling.”

“Alongside Rudimental, Madness, The Charlatans and the rest of the bill it’s going to be another weekend to remember, see you the fields!”

The rest of the bill he refers to currently includes the likes of Catfish & The Bottlemen, Ash, Everything Everything, Band Of Skulls, The Hives, We Are Scientists and Blossoms.