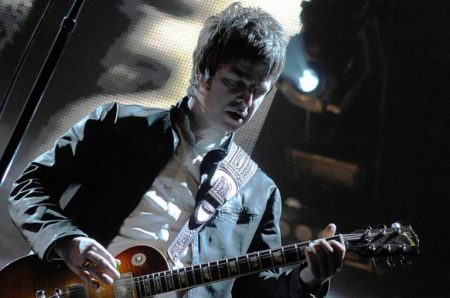 Noel Gallagher has premiered an official video for the third single to be taken from his latest solo album ‘Chasing Yesterday‘.

‘Riverman‘ arrives in the wake of ‘In The Heat Of The Moment‘ and ‘Ballad Of The Mighty I‘ and can be seen right now if you have the Shazam app.

Gallagher’s second High Flying Birds record went to number one in the UK upon its release back in March, becoming the fastest seller of 2015 so far in the process. It has also just been confirmed as Amazon’s best seller of the year to-date.

“Indeed, with the best will in the world parts of ‘Chasing Yesterday’ beg for the past to be rediscovered – be it in the ‘Masterplan’ chimes of the sublime ‘Girl With The X-Ray Eyes’, or the familiar ‘Wonderwall’ strumming of ‘Riverman’, subtle and prudent in delivery to the extent that a roof-raising guitar solo arriving less than halfway in nevertheless knocks right on time,” Live4ever’s review reads.

“‘Lock All The Doors’, meanwhile, naturally recalls the hurricane gusts of ‘Headshrinker’, ‘Fade Away’ and ‘Bring It On Down’ given that it was borne of the same storm.”