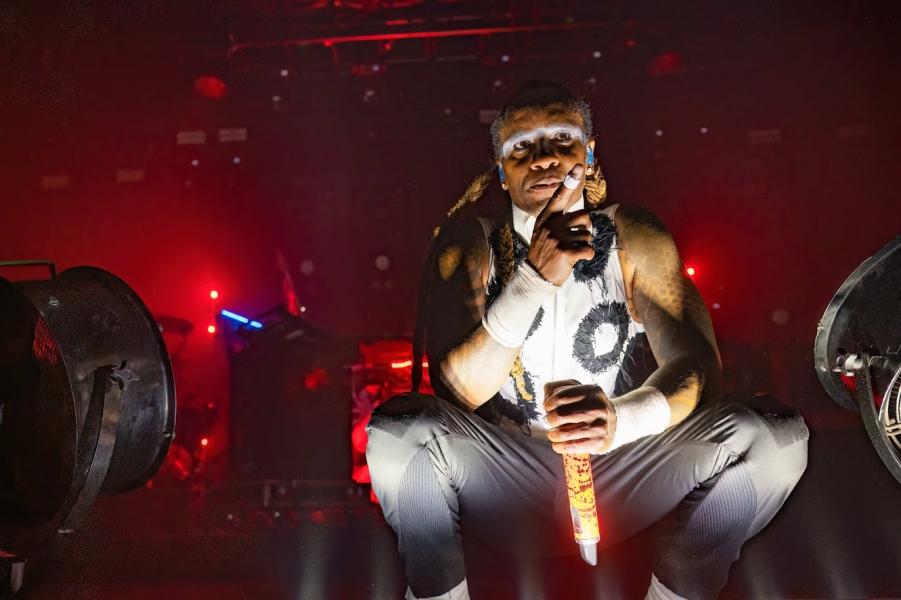 The Prodigy are spending July celebrating the 25th anniversary of their classic album ‘The Fat Of The Land’.

The Prodigy’s UK tour was in Manchester at the O2 Victoria Warehouse on July 19th after gigs in Sheffield, Liverpool, Leeds, Birmingham and Newcastle during which the band have been remembering an album which helped to define an era.

“We can’t wait to get back onstage endplay our tunes for the people again,” they said. “The 25th anniversary of Fat Of The Land felt like the right time for us to step up.”

“We’ll be droppin tunes from all our albums and maybe some shit you haven’t heard before. This one’s for Flinty…Now let’s fuckin go!”

It’ll close with three nights at the O2 Brixton Academy in London starting tonight, rounding off their first tour since the untimely passing of Keith Flint in 2019.