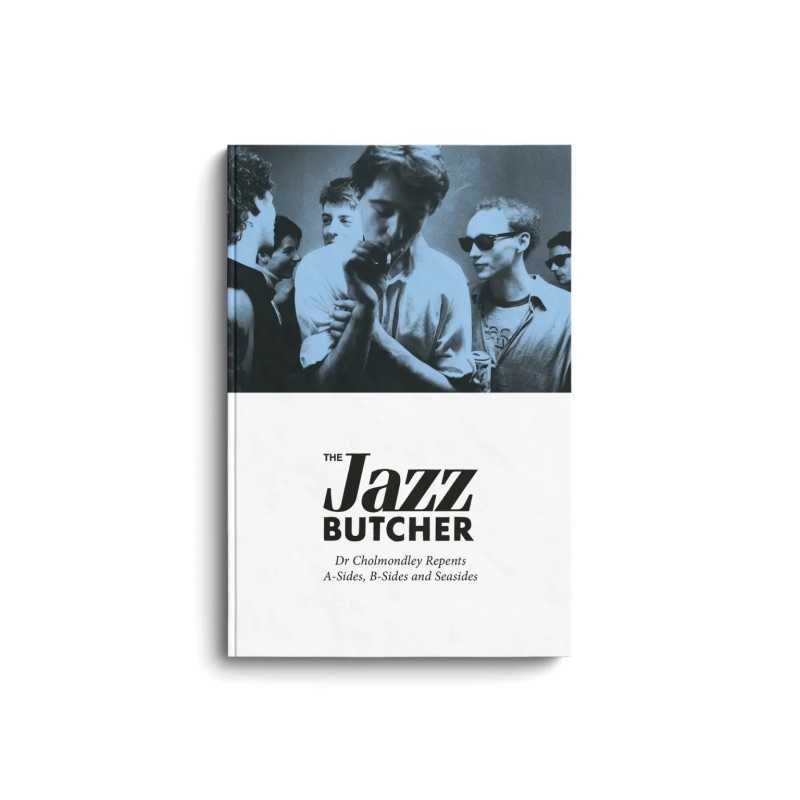 The subtitle to Neil Taylor’s book on the scene which spawned the famous compilation C86 & All That is: ‘The creation of indie in difficult times’.

And regardless of how easy mavericks like Tony Wilson and Alan McGee made things look, during the 1980s there were a thousand bands living on a nano budget for whom just getting a record out would be the highlight of their careers.

Pat Fish, as he became known, studied at Oxford before settling in the then-as-now unfashionable Northampton. From there his bedroom project would become The Jazz Butcher in time for the 1983 release of its debut In A Bath Of Bacon.

Musically it pushed against the dominance of the Velvet Underground over the adjacent ‘shambling’ scene, instead leaning more on British post-punk and sixties’ pop, similarly to The Monochrome Set or Felt.

Working with a revolving cast of musicians (which included Daniel J of local uber-goths Bauhaus, and Sonic Boom of Spacemen 3), and despite himself on bass and Max Eider being the only permanent fixtures, Fish’s output was still prolific.

Rarely not moving, there were a vast number of albums, singles, EPs and compilations released during his lifetime, while Dr Cholmondley Repents: A-sides, B-sides And Seasides is the first to appear posthumously.

If the timing looks a little off, there’s no need for concern as the process of reissuing the JB’s long-out-of-print material began three years ago; with the early LPs already being made available again, this third in a series of boxsets focuses on a mighty run of singles and other oddities – more on that in a second – recorded during the band’s early years.

With the inclusion of forty tracks there’s a lot to navigate here, but although hits in the conventional sense were never on the table, Fish & co. were serial indie chart botherers, and opener Southern Mark Smith is/was probably their finest moment.

With a chirpily melodic synth line and even chirpier xylophone, there was little resemblance to the music of the angry northern one, but it was a brilliant cover of Jonathan Richman’s classic Roadrunner – for which his distinctively nasal vocals were perfect – that established them as stalwarts of a movement growing up disgracefully in rooms above pubs.

It wasn’t all jangly guitars and shades however; additional reworkings feature a live rendition of Knocking On Heaven’s Door (played relatively straight), but also of Lost In France, one that’s unlikely to feature in Bonnie Tyler’s playlists.

This weirdness was all part of the deal – the rockabilly of The Jazz Butcher Meets Count Dracula, D.R.I.N.K’s sozzled chords, South America’s unlikely mento – and anybody who can get away with the kip of a song like Peter Lorre deserves all the exposure they get.

There’s lots of more ‘normal’ stuff as well, much of which will be very familiar to long term fans – Marnie, The Human Jungle, Girl Go, Sixteen Years – plus a 12-track session recorded live in 1989 for American radio station KCRW that closes with a furious Lot 49, the pseudo-classic which featured on the Creation label’s seminal compilation Doing It For The Kids.

Whether times were difficult or not, Pat Fish continued to make music up until 2016’s All The Saints, and despite the sad context to Dr Cholmondley Repents: A-sides, B-sides And Seasides, it’s another satisfyingly tactile piece of his legacy, one which fully deserves a new chance to entertain an unsuspecting public.