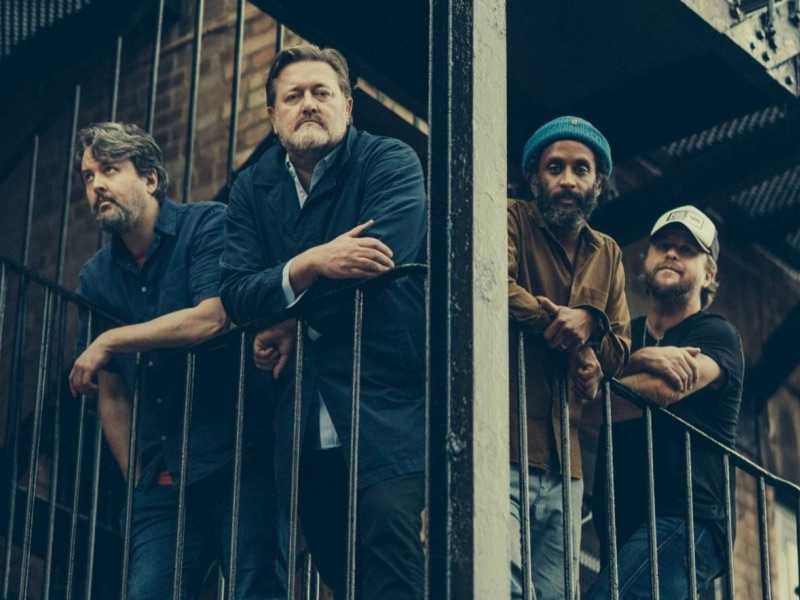 Elbow will put out Flying Dream 1 on November 19th.

Bryan Glancy is in Elbow’s thoughts again as they build-up to the release of their new album.

After their 2008 Mercury-winning record The Seldom Seen Kid was dedicated to the Manchester musician who passed away in 2006, this single of the same name has been picked to lead off their ninth studio effort.

“While we were recording, the realities of lockdown meant that I often only got to hear the music the lads had been making in their homes in Manchester late at night when the house was still,” Guy Garvey has said.

“The first thing I heard was what you hear, the drums leading into a beautiful, daring, woodwind arrangement. I was expecting a piano, not a clarinet, but Craig [Potter]’s creation perfectly encapsulated my mood at that point and the lyrics came out in the order you hear them.”

Flying Dream 1
After the Eclipse
Is It a Bird
Six Words
Calm and Happy
Come On, Blue
The Only Road
Red Sky Radio (Baby Baby Baby)
The Seldom Seen Kid
What Am I Without You