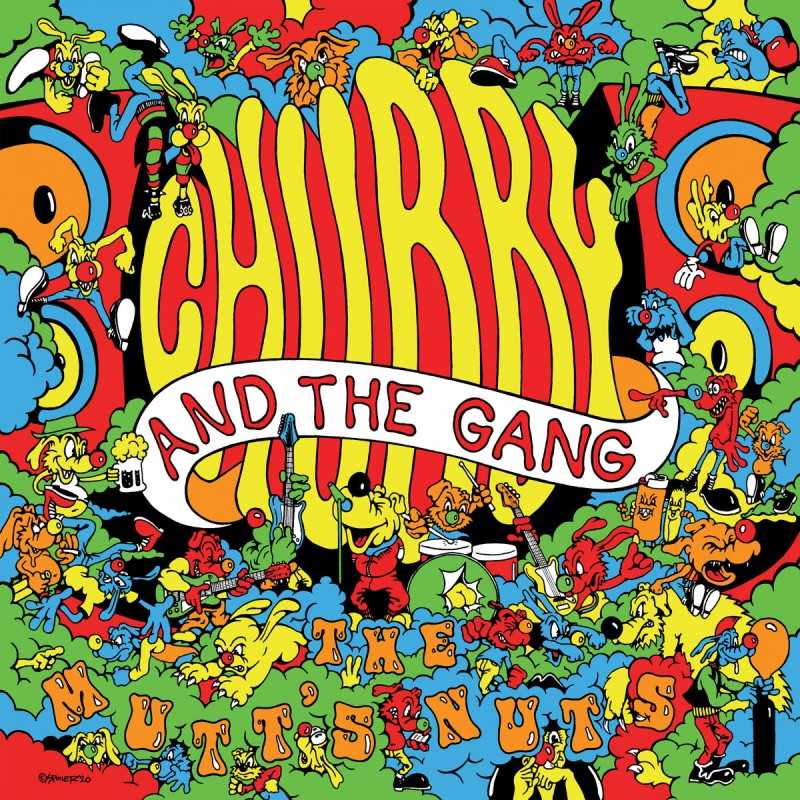 You know the score by now: aggressive rock band releases first album packed to the rafters with direct power-pop anthems, before dialing things down for a second effort which is a more restrained effort to make headway into the mainstream.

While it would be a tall order to expect London punks Chubby And The Gang to, a) give a damn about the mainstream, or b) even consider dialing things down, they’ve clearly given the idea some consideration. Whilst diversifying their sound a bit, they’ve added yet more aggression, power and pace; for those familiar with last year’s Speed Kills this will sound unlikely, but it’s true.

Their punk hardcore sound has lengthened, rather than broadened. On their debut, no song clocked in over three minutes, whereas here they’re almost indulgent by comparison, yet it just mainly shows that their stamina has improved.

The first six tracks are an unfiltered onslaught; the title-track, which opens the album, features the band referring to themselves in the lyrics and announcing their return. It succinctly captures the freneticism of early Green Day uncannily and, were it not for the London accent at the end thanking us, they could be mistaken for the Californian trio.

The old maxim of following up the first track with more gusto is applied on It’s Me Who’ll Pay, the guitars and drums clash relentlessly, virtually drowning out Charlie Manning Walker’s (Chubby) ferocious and nearly indecipherable lyrics (a diatribe about landlords).

The guitar on Coming Up Tough is mini FM rock, although there is nothing mini about this lot (the only time such a comparison will be made), and it slightly dullens the lyrics about someone close to the singer who had spent a long spell in prison. Meanwhile, Beat That Drum is a cyclone of noise and relentless drums, while the outro on Pressure features wonderfully indulgent guitar histrionics.

After such an aural assault it’s a relief when things are taken down on Take Me Home To London, which mostly consists only of the blissful sound of voice and electric guitar. As a paean to the capital it’s not especially original, but is the first glimmer of nuance on the album. In a similar vein, later track Life’s Lemons is a lament of which Pete Doherty would be proud, albeit a bit more epic.

After that respite, Life On The Bayou plugs the rest of the band back in, but in structure and melody it owes more to the 1950s than the 1970s, throwing in a jaunty piano for good measure. Featuring a harmonica breakdown, it’s got ‘set-closer’ written all over it.

The album’s centre-piece, White Rags (‘the world is burning, Minneapolis too/set alight by the boys in blue’) deals with systemic racism and the George Floyd murder and the fallout from last year. Fittingly for such important subject matter, the music is allowed to breathe as guitars wind and drums fill, all carrying a sense of palpable angst.

Understandably, The Mutt’s Nuts fails to hit the heights of Speed Kills again, albeit not through lack of effort. The listener is treated to another three succinct slices of power-punk where throats are shredded and strings are undoubtedly broken, yet they struggle to leave much of an impact, perhaps through repetition of the format.

Lightning Don’t Strike Twice and I Hate The Radio close proceedings, the former giving the listener a false sense of security with a short country-esque sequence before bursting into life and continually changing the pace, while the latter is an anthem in waiting. Both point to a healthy future.

As does the album as a whole; the palpable anger at the world’s injustices is undiminished, and there’s even more guttural rage than before, if that were possible, but Chubby And The Gang have pulled off the tricky act of making their music more accessible without compromising their principles.

Tags:Chubby And The Gang, richard bowes