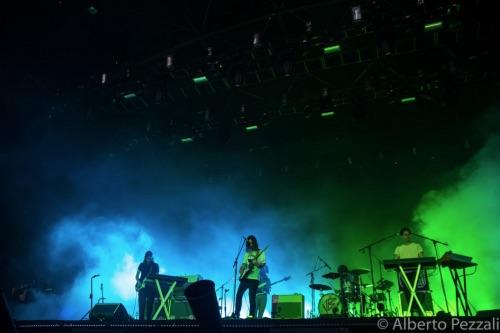 Four Tet has run the rule over Tame Impala‘s Is It True, giving an even more ambient, minimalist impression to the Slow Rush album track.

The remix is helping to get the word out for Kevin Parker’s NPR Tiny Desk At Home concert which is premiering today, a siginificant promotional tool for an album which Live4ever awarded 7.5/10 back in February; “Things have changed in Parker’s life since Currents, which was nominally a break-up album, the most obvious of those being his recent marriage to Sophie Lawrence,” our review reads.

“Signs of the obsessive letting life get in the way are not always obvious however, instead the singer ponders whether he’s still relevant at the grand old age of 34 on the lustrous It Might Be Time, while he chooses to re-examine his relationship with his father (who died in 2009) on the sober Posthumous Forgiveness.”

“Or maybe there are: the epic closer One More Hour contains the line, ‘Whatever I’ve done, I did for love’, but it’s the album’s most stripped back moment, sometimes existing on a single keyboard phrase repeated over and over, the stop-start tensions revealing a coarser edge amongst the polished multi-tracking.”