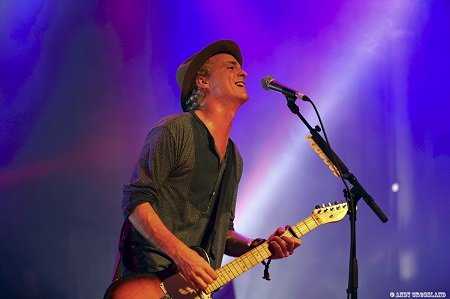 Travis have announced a new album for release on October 9th.

10 Songs contains…ten songs, including the lead single A Ghost. “The video for A Ghost started out as a mocked up picture of me and 3 ghosts playing the last chorus of the song in a deserted alleyway,” Fran Healy explains.

“It looked cool so I took that image and back engineered a story out of it. Just when everything was ready to shoot, the world went into lockdown, so we had this great song with no way to make a video. Frustrated and in an act of desperation, I decided to draw it. Before I was a singer in Travis I was a student at Glasgow School of Art so I am a good draughtsman, but I’d never done animation.”

“I did a test to calculate how long it might take me. 16 hours for each, 10 seconds of footage. It worked out that it would take around 30 days which landed exactly on the deadline date. So I drew and drew and drew and drew. 2,500 drawings later, it was done.”

Waving At The Window
The Only Thing (feat. Susanna Hoffs)
Valentine
Butterflies
A Million Hearts
A Ghost
All Fall Down
Kissing In The Wind
Nina’s Song
No Love Lost