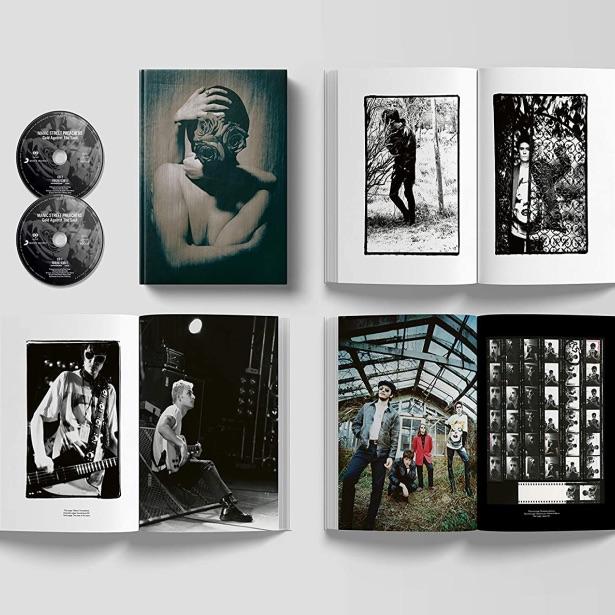 For instance, if you’re the Manic Street Preachers, with three decades of collective strife and thirteen studio albums to your name, the notion of choosing your favourites amongst them, even subconsciously, is inevitable.

Gold Against The Soul has long held the status as the trio’s least adored release, principally because they’ve always been very vocal about it being so (although at Live4ever there’s a feeling that the anodyne Lifeblood is probably more deserving of the gong). Lukewarm ratings from its creators aside, this was also a record which equally suffered in the public’s eyes just for being the one between the group’s sky-scrapingly ambitious debut Generation Terrorists and their magnum opus The Holy Bible.

Part of the self-criticism they levelled at it was about rock-ist extravagances of both form and execution; flying in the face of what was a grunge dominated over and underground, singer/guitarist James Dean Bradfield soloed his heart out on the likes of Roses In The Hospital, From Despair To Where and the pummelling opener Sleepflower.

And it didn’t stop there. Of its heart-on-the-sleeve arrangements, Nicky Wire has recently said: ‘James was a slave to melody…he was going through a Queen phase. I remember our manager at the time Philip Hall saying that he could imagine Freddie Mercury singing ‘La Tristesse Durera.’

In a way this is a chapter however which didn’t have to be unearthed to prove itself, because as Wire has admitted, despite his and Bradfield’s open reservations their obsessive fans have long been keepers of its flame.

Listening back, the reasons for this are obvious, as even though there’s a sliver of occasional bloat the slickness and power-chord obsession they call out are more than tempered by Richey Edwards’ darkening lyrical texts.

Maybe thinking that the number of people newly discovering the band in transition will be at a premium, compilers of the double vinyl set allow it to sprawl in a way the original didn’t. Remastered versions of the original cluster of material are standard, but of probable more interest is an extensive crop of demo material culled from two separate sessions.

As a bonus, any lovers of the period’s inessential dance-rock crossover movement will find something to pour over in the strangely unfamiliar four/four club mix of Roses In The Hospital – a suitably mind blowing rework by The Chemical Brothers – and, oddest of all, a randomly delivered cover of the Happy Mondays’ baggy classic Wrote For Luck.

As we’ve seen, the re-assessment of historical artefacts is an ongoing process, one which extends to music as appropriately as anything else. Gold Against The Soul was the black sheep of the Manic Street Preachers family, mainly due to circumstances and timing. This overdue exercise is in effect a restoration, a sloughing off of any guilt or baggage.

No longer seen as a catalogue of indulgences, it proves that having favourite children is as useless as having prodigal sons.