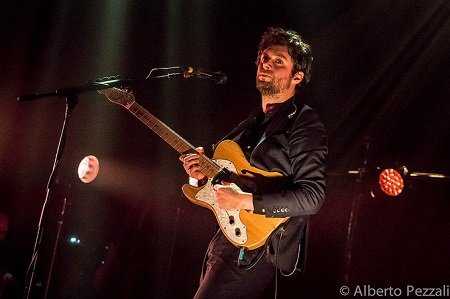 Cricket and YALA! have been keeping Felix White busy since the end of The Maccabees a couple of years ago, but it’s taken until now for some solo music to emerge from the band’s guitarist.

Said new music brings two of White’s big passions together as the soundtrack for the recent documentary The Edge, which charted the spectacular rise and fall of the England test cricket team under the leadership of Andy Flower and Andrew Strauss. “I saw it as an opportunity to make music with a different framework to anything I was used to previously,” Felix says.

“One of the things that was striking to me about the film was how brutally honest the players were and how humanising it was. I wanted to try to articulate all the things that are so emotive, enduring and dramatic about Test cricket and the personalities within that might have otherwise been dismissed.”

“The intention was for the music to be really colourful and engaging. I liked trying to simultaneously find the melancholic in the joy when they were winning. It was really striking in the film that when a process has ended, even a very successful one, there was some sadness there too. It was only in reflection, when listening back, that I realised I feel like some of the music we made is amongst the best I’ve recorded.”