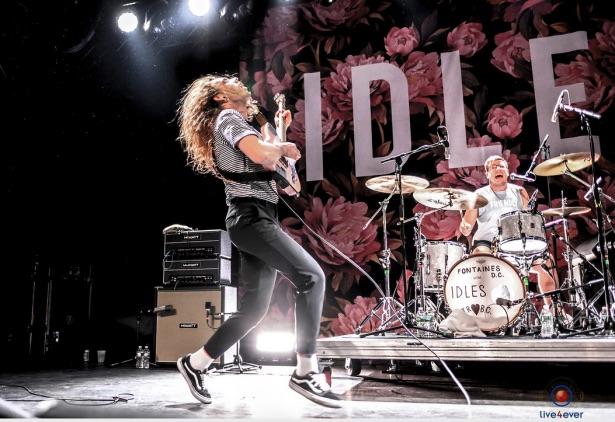 With the release of Idles‘ standalone single Mercedes Marxist comes an official video and the streaming of its b-side I Dream Guillotine.

While Mercedes Marxist arrives after Idles’ now Mercury Prize nominated second studio album Joy As An Act Of Resistance, its genesis can be traced back to the final vestiges of the band’s debut Brutalism. Joe Talbot takes up the story:

“Mercedes Marxist was a strange beast for us, after Rottweiler, it was the first song we wrote for Joy As An Act Of Resistance,” he says. “I was pissed off at what I was and where I was: I was sofa surfing on the weekends and spending the weeks looking after my mum.

“My life balance was way off and this song reflects just how useless I felt. It was me at my worst and without any buoyancy it became catharsis. It was the last splurge from Brutalism so we admitted it. I like it now.”