Home
Features
Interviews
Live4ever Interview: How far can they stray on their second album and still sound like Slaves? 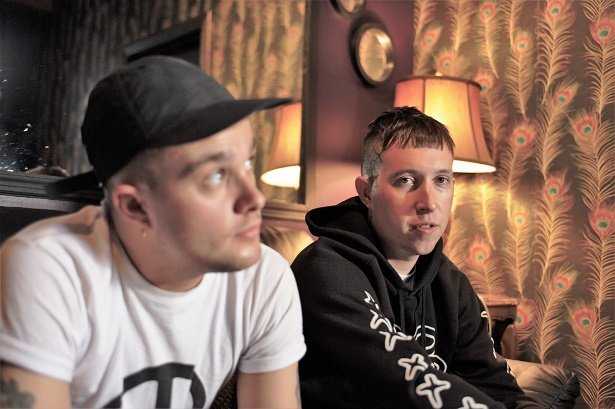 Last time Live4ever sat down with Slaves, they were a bumbling act of excitement as they took to SXSW with a youthful vigor.

Their original EP ‘Sugar Coated Bitter Truth‘ had buzzed its way to the top of UK punk scene and shortly after Laurie Vincent and Isaac Holman were picked up by Virgin; in 2015 they released their vicious, no holds barred debut album ‘Are You Satisfied?‘ and were nominated for the Mercury Prize.

They’ve since toured with U2, had their song ‘Hey’ covered by sensual R&B superstar Miguel and, after playing more shows in America with Wolf Alice, now seem eagerly excited to keep the momentum going.

Holman, despite being the band’s main singer and sturdily pounding drummer, is the more reserved of the two. Vincent is the slim and tatted ‘man of Kent’, the more voluble member. He’s equally thoughtful as he is entertainingly engaging; when asked about Kanye West’s unique TIDAL exclusive release of ‘The Life Of Pablo‘ he exclaims, “I can’t listen to his music unless I sign up for something? I think that’s f***ed,” all while providing great insight into how Bono is not up in the clouds (“he basically said to me, ‘It’s brilliant that you’re nominated for a Mercury, but I don’t think they’ve got the balls to give it to you'”).

Together Slaves are sharp-tongued with their frankness, but their presence of mind and thoughtful responses display how well rooted the two are despite their young, wild public perception. In the midst of their recent US tour, the duo were writing and demoing in preparation for a second album. Their relentless vigor hasn’t changed, but they also haven’t chained themselves to any particular sound either.

“The album is like a buffet,” Vincent told Live4ever backstage at the Irving Plaza in New York. “We’ve got songs that are sing-along, we’ve got heavy, heavy punk songs. Songs that dabble in electronica. We’ve got a ballad…Well, I don’t know if you can call it a ballad, that’s a bit strong for us. A Slaves attempt at a ballad.”

This progression feels natural within the music, as the young men who have crafted these songs have also gained a sense of perspective since that Texas visit in 2014. “I think when we started there was a real sense of frustration,” Vincent explained. “You’re working s**t jobs and then you get to a point where you’re really happy – you’re in a career making music. You become a more chilled out and happy character so you start to depart from those angry feelings.” But fans shouldn’t fret too much about Slaves losing their raw, angst filled edge, “We are making heavier songs, but we also like making melodies,” Vincent continued. “It’s not a conscious decision, because in our consciousness we still want it to sound heavy.”

Slaves musical growth can also be attributed to new influences, an expansion of their record collections and musical horizons. “When we started Slaves I only listened to punk or garage rock,” Vincent said. “Rancid, Black Flag, all those bands would be who’d I’d listen to, and now at the moment I’ve got ‘Stankonia’ by Outkast, bands like the Beastie Boys; it’s easy to forget that behind the rapping it’s rock songs. I guess that’s the thing we are interested in. How far can we stray and still sound like Slaves?”

Challenging ideas, pushing boundaries, labels, and while doing-it-yourself is what punk is all about, as genres continue bleed into one another Slaves remain devoted to this punk conviction; it gives their art an authentic ethos that cannot necessarily be defined outside of music.

“The most important thing is that we didn’t make music to get into the mainstream,” Vincent told Live4ever. “We didn’t make music to be played on the radio. We know exactly what we want. We make the music, the art, and that’s the legacy I want. I want our music to sound like no one else’s, that’s the most important legacy. When people put a Slaves record on they can say, ‘Laurie and Isaac did that’, and no one can do it apart from us. That’s the thing that Joy Division had, Nirvana had, Hendrix, Elliot Smith, all these people just make their sound. I just want to make the Slaves sound.” 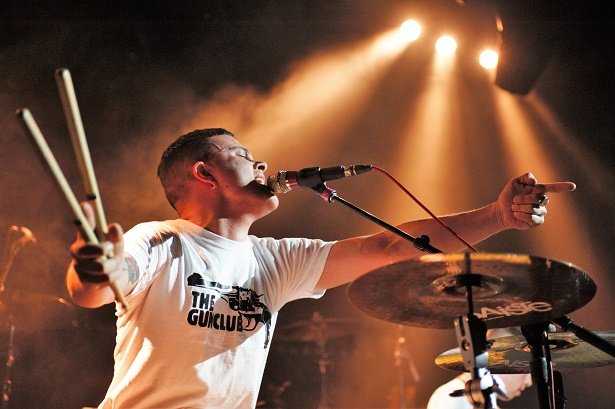 Despite being true believers in the aesthetic of punk, the duo’s music has never really been shaped nor defined by one of its founding features: a direct, political message. The message of misfit rebellion has always been inferred through the music, or by third-hand lyrical narrations. That’s changed as they have matured. “We’ve sort of learned over time how to express what we are trying to say. You have the ability to form your own opinions about things, and you as a human can change things and you should use your opinion, and your mind, to do that on a daily basis.”

Punk was born out of an us/them mentality, but that doesn’t necessarily mean its message is defined by that polar relationship. Recent events and tensions around the world have stirred up social causes and political movements, but instead of outwardly proclaiming a side, Slaves’ matured material encourages and requires its listeners to take a look inwards. “Half the people you meet turn off the daily news because it depresses them, because they can’t make a difference,” Vincent remarked. “(It’s about) trying to make out to people that you can make a change, and now I think our music is doing that.”

“There’s a lot of injustice in the world and people choose to ignore it,” Holman added. “I don’t want to preach to anyone because no one likes being preached to, but what we want to say is go look at yourself and make your own opinion and do something.”

The political climate in their native country remains as direly frustrating as ever, but this stay in America has given the duo a glimpse of the idiosyncratic madness that has characterized the 2016 Presidential Election. “It is so intense that you can’t not say something about it.” Vincent stated. “I said ‘Fuck Trump’ on stage last night and got a wicked reaction. It’s terrifying.”

“They know, the American public know, that it could actually happen and it is out of their hands,” Holman agreed. “It’s so right wing. I think if he was in power we wouldn’t be here. Security wouldn’t let us through to play shows here. It’s hard enough already.”

Looking toward the future with their ‘normal’ everyday life in the not so distant past, the Kent pair seem amazed by all the success; a tenderly humble Vincent acknowledged: “Kids have started bands and have listed us as an influence. In two years, what we said then has happened, and that’s mind blowing for me.”

They’ve achieved success inside and outside of the mainstream, but beyond that they are insistent on creating a legacy beyond present day achievement. “I want to keep making records,” Vincent concluded. “I want to be that band, when everyone is having a discussion, everyone has a different favorite record. We’ve been touring so hard, our minds have gone back to writing and we are really obsessed with the idea of making new material, working on that, doing the artwork and going back to the reason why we started the band. That’s what really excites me.”

“Playing shows and staying together, because when you get to this point a lot of bands crack and fall off the face of the earth and you never hear from them again. We are trying to figure out how to keep this going while getting it to go higher and higher. I think we want to have fun. It’d be wicked to headline festivals and be a worldwide act, but if that’s not what we have fun doing, then we are going to stay playing small clubs.”

Wherever the band ends up in five years, whether they rise to headline arenas or stay where they are, Holman and Vincent are going to be doing what they want to do.

They’re young, viciously creative and confident in their abilities to stay consciously aware and above the noise – all while continuing to muck up some more of their own.