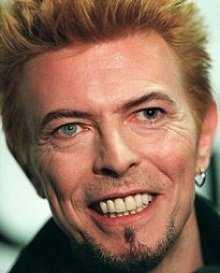 David Bowie‘s previously unreleased album ‘Toys‘ has been leaked on the Internet this week, giving fans their first taste of new Bowie material since his 2003 record ‘Reality‘.

The LP was originally intended for release in 2002, but was scrapped by the Virgin label amidst rumours of rights issues and royalty disputes. In response, Bowie set up his own label ISO in conjunction with Columbia.

Worked on with Bowie’s long-term producer Tony Visconti, ‘Toys‘ was to feature new versions of some of the prolific songwriter’s earliest work. Set for inclusion were a string-less recording of 1968’s ‘In The Heat of the Morning‘, a 1971 demo entitled ‘Shadow Man‘ and a re-visiting of the early 1964 track ‘Liza Jane‘.

The leak is thought to have originated from a high-quality CD of the album which was purchased on eBay last Sunday for £62. Five of the tracks intended for ‘Toy‘ were subsequently released in 2002 during Bowie’s ‘Heathen‘ period.