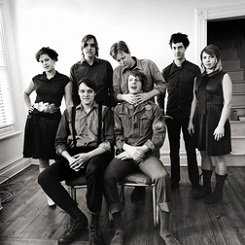 The Canadian band are due for appearances at Manchester’s MEN Arena on August 31st, and the Edinburgh Castle on September 1st. The dates will follow Arcade Fire’s huge outdoor show at London’s Hyde Park on June 30th.

Best Coast have also announced a series of UK dates scheduled for April and May, after the release of new single ‘Crazy For You’. The tour will begin begin at Manchester’s Academy 2 on April 26th, followed by shows at Glasgow Arches (27), Sheffield Queens Social Club (28), London KOKO (29), Bristol Thekla (May 1) and Brighton Coalition (2).

Finally, Interpol have added a date at London’s Shepherds Bush Empire on March 23rd to their previously announced UK tour. The London show comes after earlier dates in Bournemouth, Bristol, Cambridge and Leeds.