Today, Soundbites takes a look at an inevitable weather forecast for Glastonbury, what brought Steven Tyler back in to the Aerosmith fold, and there’s a few free downloads for your listening pleasure, including We Are Scientists venture into the murky waters of World Cup Anthems. 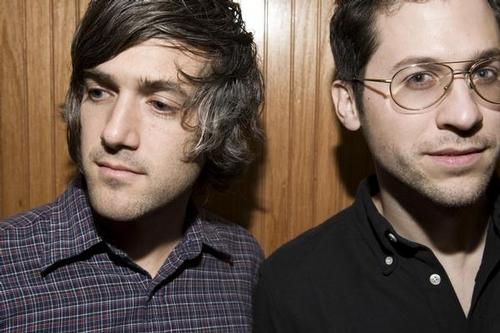 Former Razorlight drummer Andy Burrows has offered fans a free download of his track ‘I Am Arrows‘ as he prepares to move into solo territory. His album, ‘Sun Comes Up Again‘, is out on July 19th. Listen to the new song by signing up here.

Scottish band The View have announced a warm-up date for their homecoming appearance at the T In The Park festival next month. The group will play at the Inverness Ironworks on July 7th and frontman Kyle Falconer has said of their upcoming T In The Park spot: “T In The Park is our favourite festival of the summer, so it’s great to be involved in the warm-up gig to get us in the mood for it – annacae aitwae!” Indeed.

American band We Are Scientists appear to be displaying divided loyalties ahead of the 2010 World Cup which kicks off on Friday – after revealing they have written a track for England. Called ‘Goal! England!‘, it can be downloaded here. Guitarist Chris Cain explained their reasons for writing the track: “When you want to give your girlfriend a great gift, you give her something you know she wants, not something you want. We’ve never been huge football guys, but we’re pretty big England guys, and we know her well enough to know she loves her a football anthem. So we made her one.” England and USA will get their campaigns underway on Saturday.

Mt. Desolation, the new band which contains members of The Killers, Mumford & Sons and Keane, have released a first taster of their new material via a free download. The new track, ‘State Of Affairs’ can be downloaded here.

Aerosmith guitarist Joe Perry has said the lure of playing this weekend’s Download festival brought their frontman Steven Tyler from the brink of leaving the band permanently. “I guess the enormity of the shows waiting for us changed his mind. He thought ‘Download at Donington and all these massive festivals across the world? I don’t wanna miss out on all of those,” Perry told The Star newspaper.

It’s the time of year when we start to be fed daily updates of the potential for rain at the Glastonbury festival, and it’s of no surprise that the first signs are that the wellies will be very much in use again this year. The MET Office’s Sarah Holland told The Mirror newspaper there would be ‘changeable conditions’, with little chance of a sunny weekend.