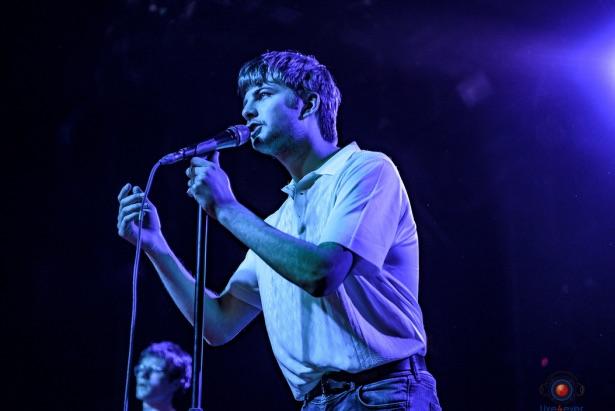 Fontaines D.C. have filmed live versions, in isolation, of their A Hero’s Death album tracks I Don’t Belong and Sunny.

Two tracks which emphasise the prevailing solemn nature of the band’s second studio album, these new live takes predate what they’re hoping is a return to more conventional live settings in the spring of next year, when UK and European dates are booked in March, April and May 2021.

It’ll be the first major tour for an album which Live4ever awarded 8.5/10 upon its release in July: “For emphasis perhaps, opener I Don’t Belong is as sombre and downbeat as he’s ever sounded, the chorus often repeated (a conscious lever pulled several times) and the title ambiguous. Is this a song about being alone? Or is it a rejection of the modern day’s lack of trust, of strangers who demand intimacy without a quid pro quo?”

“A similar question of intent hangs over the title-track, its sticking refrain, ‘Life ain’t always empty’, on the surface a positive affirmation, but as the rest of the non-sequiturs flow they begin uncomfortably to take on doubt, as if under a naked lightbulb they’re just a list of cheap platitudes people throw at each other when empathy has been exhausted.”