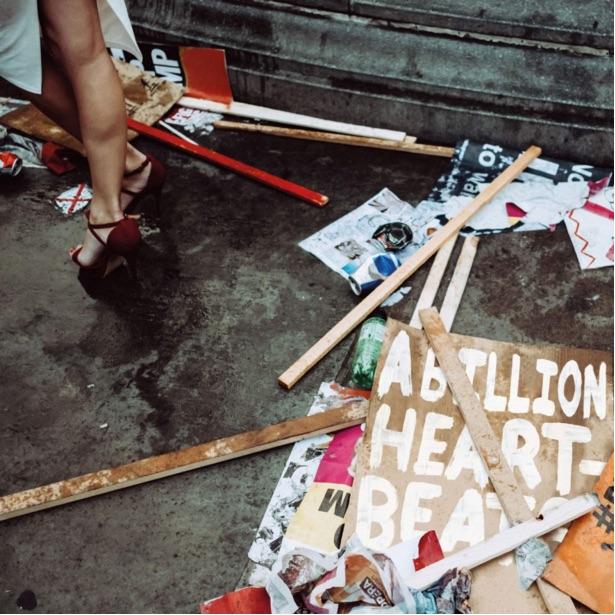 This album appears to be cursed: originally due for release last autumn, it had to be delayed when singer Blaine Harrison underwent an operation for an infection.

The band weren’t able to fulfill the promotional duties required (in-stores, radio appearances etc) and so opted to delay the release by six months. Obviously, promotional duties are now off the agenda once more, but at least we finally have the album in full form.

Whether or not it’s been worth the wait is a different question. When the Eel Pie Islanders first broke through in the mid-2000s, they were quite lightweight. Although better than much of the so-called indie landfill that they were associated with, as their relative longevity has proved, they were still quite fey.

In the preceding years, the electric guitars have been turned up progressively and have surely reached their zenith on A Billion Heartbeats. Where they were scrabbling beneath the surface amidst the airy expanse of previous album Curve Of The Earth, as with their peers Foals’ recent output, here the electric axe is beefed up and dominant, at least on the first half.

Opener Screwdriver must be the heaviest thing they’ve done; a sprawling, multi-part rock monster of a song which gives a false impression with a twinkling start. As a mission statement, both with lyrical content (‘fight them with love’) and gnarly chords, it’s highly effective. Similarly, the dystopian Petty Drone is riff-heavy but with a more uplifting chorus while Campfire Song, which opens with fast acoustic (which acts as a relief to the multi-layered production that otherwise pervades the album) is explosively uplifting and brings to mind the more gospel moments of Stereophonics’ output (please note, this is not meant as an insult).

Acknowledgements of other bands feature prominently; Harrison sounds unerringly like Gaz Coombes on the single Hospital Radio while, more seriously, Watching Yourself Disappear was inspired by Frightened Rabbit frontman Scott Hutchison’s tragic death in 2018. The former is broadly soothing until the spiky, frustrated guitar and ghostly harmonies provide an air of unease, while the latter combines nagging, echo-led drums with shivering guitar lines.

Thematically, once again the current situation pushes misfortune into the band’s path: the twinkly History Has Its Eyes On You outlines the importance of female role models throughout time, while Wrong Side Of The Dreams takes, ‘lunatics reading bibles and buying guns’, to task but ends laden with positivity (‘follow your dreams and don’t ever stop’).  Undoubtedly relevant pre-pandemic these issues seem, whilst no less important, of a different age. However, they won’t disappear and once things ‘normalise’ these issues will rightly return to the top of societal conversations. Lastly, the title-track, like the album itself, is a call to arms for progressives, drenched in 80’s rock and military drumming with the most potent tool in pop’s armoury (a key change!) fully deployed.

Mystery Jets have never sounded quite so muscular, and while Harrison’s soft voice doesn’t quite suit the heavy sonics, he gives it his best shot. On the latter, more ethereal tracks, it fits perfectly.

A Billion Heartbeats is worthy and tangentially diverse, but may not stand the test of troubled times.