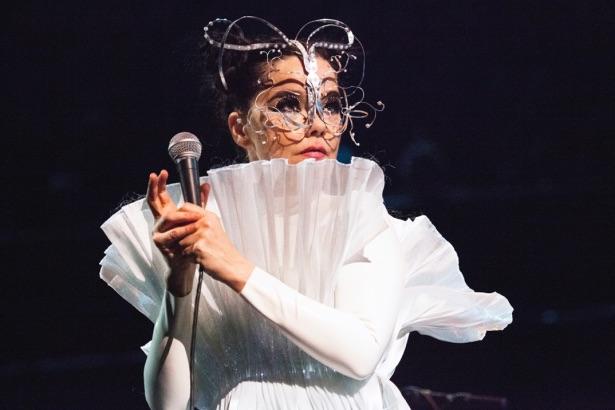 Following on from her high concept Cornucopia performances, Bjork will strip things back and focus on acoustic string arrangements when she plays Björk Orchestral concerts during July.

Shows have been arranged at the Crocus Music Hall in Moscow, Russia; the Hartwall Arena in Helsinki, Finland; Waldbühne Open Air in Berlin, Germany and Siene Musicale in Paris, France, and will end at the the Bluedot Festival where she’ll play a previously announced UK festival exclusive along side fellow headliners Groove Armada and Metronomy at the Jodrell Bank Observatory.