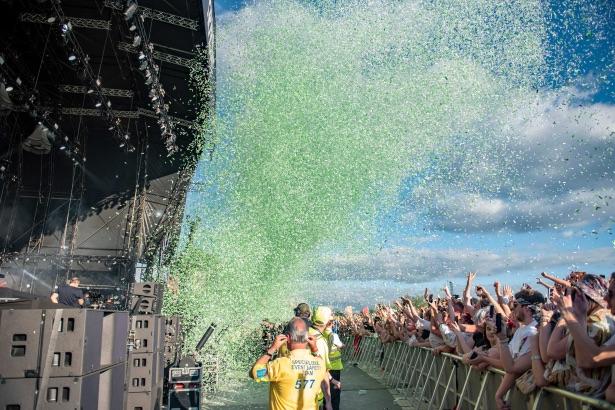 Held on Glasgow Green between July 10th-12th, its three main acts have been revealed with a host of other artists; Gallagher’s Saturday night headline is to follow Foals, Keane and Twin Atlantic, the Oasis frontman commenting that he ‘loves Scotland’ and that it’s ‘an honour to be going back to headline TRNSMT’.

Lewis Capaldi says he has been ‘lucky enough to play TRNSMT every year since its inception and to be a headliner is absolutely wild’, he’ll be fronting Snow Patrol and Rita Ora on the final night.

“Scotland took us straight to their hearts, right from the very start,” Courteeners frontman Liam Fray recalls. “Starting with playing the ABC with The Coral back in 2007, we’ve always had an amazing connection with the people of Scotland. Feels like a 2nd home. To headline TRNSMT is a serious honour and we’ll be bringing a serious party.”

The Courteeners headline on Friday, a day that’s got Ian Brown, Sam Fender, Blossoms and Little Simz also on the agenda.