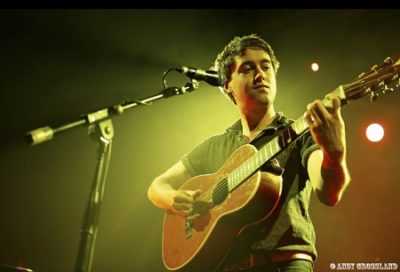 After a few weeks of sunny weather in the UK and a baked Glastonbury Festival, Conor O’Brien has released a new Villagers track entitled Summer’s Song which he says is the ‘closest he’ll ever get to writing a pure pop song’.

“I just had to roll with it and I’m glad I did; it was really just an excuse to make the horns sound like sunbeams. Boy it’s fun to play live. I can’t quite believe we managed to get the magical touch of Dave Fridmann in on the mix.”

He can have fun then during the Irish dates which are coming up this month, and the run of European festivals which are scheduled for August.