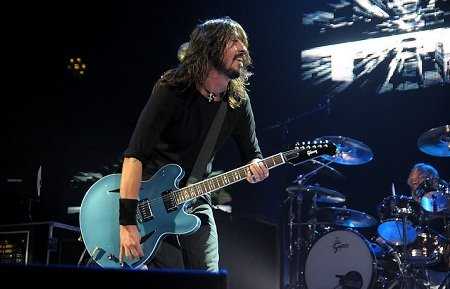 Foo Fighters frontman Dave Grohl has said the current decline in music sales isn’t merely down to piracy and illegal downloading, but a lack of genuine talent as well.

In an interview with USA Today, Grohl pointed to the runaway success of Adele‘s ‘21‘, which he describes as ‘great’, as an example of what a talented artist can achieve despite the current musical climate.

“It’s the music,” said Grohl on the sales slump. “People are blown away that Adele is selling so many records. I’m not. That record is great! She’s got a beautiful voice, and people are shocked when they hear actual talent.”

“Music should be more than ad placement, more than synthesised looping of a voice that’s been Auto-Tuned and an image made to look like a superhero or supermodel.”

Grohl was also extremely enthusiastic about his own band’s prospects, declaring his belief that they are currently better live than ever before.

“We walk on stage with five instruments and no computers,” he said. “It might not sound perfect, but we’ll rip your face off, and we don’t need someone to hit ‘go’ on the computer. The band’s better than we’ve ever been. We don’t have bad shows. We kill it every night.”

Foo Fighters released ‘Wasting Light‘ earlier this year, topping the chart on both sides of the Atlantic.