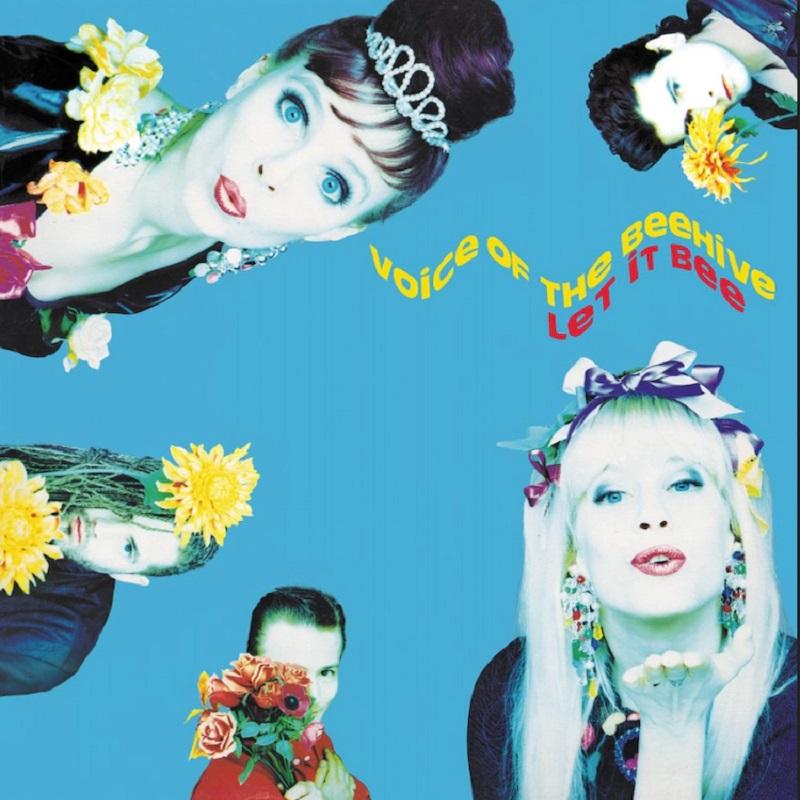 Over thirty years on, Voice Of The Beehive’s debut album remains an outlier.

To the untrained eye there was perhaps a hint of novelty around Voice Of The Beehive, a British quintet fronted by Californian sisters Tracey and Melissa Belland, joined by Daniel ‘Woody’ Woodgate (formerly of Madness), along with Mike Jones and Martin Brett.

The quirkiness came in part from a boldly alternative visual appeal but also because, whilst they were determinedly pop, they also wanted to rock in an era where women were often narrowly confined to niches like soporific folk (Tanita Tikaram, Suzanne Vega) or flogging virginal teen ephemera (Tiffany, Debbie Gibson).

The duo arrived as LA refugees in 1986, primarily to escape what they described as the ‘sleazy politics’ of the West Coast music business, and would eventually stay on for a decade.

Or maybe they did, but when this star crossing happened what transpired from it maintained a resolutely female perspective. Opener The Beat of Love – one of five singles the album spawned – thumped its Doc Martens all over the subject of violent relationships, whilst I Say Nothing dealt with non-conformity to a sparkling avalanche of major chords.

By contrast, the biggest hit Don’t Call Me Baby dealt a rare orthodox whiff in the shape of a cataloguing post-breakup angst.

There was always a chance that this determined picking of scabs would exhaust itself quickly or over balance, but thankfully the duo’s knack for empathetically sketching characters guaranteed that almost every track had someone in it who meant something.

In these worlds the titular and metaphorical Man In The Moon was the perfect partner because he never spoke, whilst the subject of What You Have Is Enough turned out to be a lazy consumerist in urgent need of some perspective.

Over on the other side of the noise dial, There’s A Barbarian In The Back Of My Car – with an unlikely co-writing credit for grubby lothario Zodiac Mindwarp – was a surprisingly exhilarating thrash.

The most effective moment however was the tabooist Sorrow Floats, spotlighting the rarely touched on subject of female alcoholism but with a tenderness latterly thrown on its head by a pealing, guitar on guitar climax. It definitely shouldn’t have worked, but like the majority of its counterparts, it definitely did.

Given the present trend for labels to throw the kitchen sink at anniversary editions, the amount of additional material is relatively modest; of it the creaky minimalism of Lou Reed cover Jesus, Jump This Way’s Paisley Underground splendor and the cod-reggae of D’Yer Maker are the bits most worth closer attention.

Elsewhere, the two additional versions of I Walk The Earth are proof of its durability, but it’s easy to understand why the rest was excluded from the original version.

In a sense, the extra stuff almost dilutes Let It Bee’s original bravery and guile. Thirty odd years on, the fact that almost nobody still in the mainstream is addressing some of these subjects – where once they were brought into millions of living rooms on Top Of The Pops – is a telling indictment of society’s longstanding inability to confront them.

To spotlight these issues was one thing – but to do it so articulately and then wrap it up in such a listenable, pristine shell was another thing altogether.

Tags:andy peterson, voice of the beehive