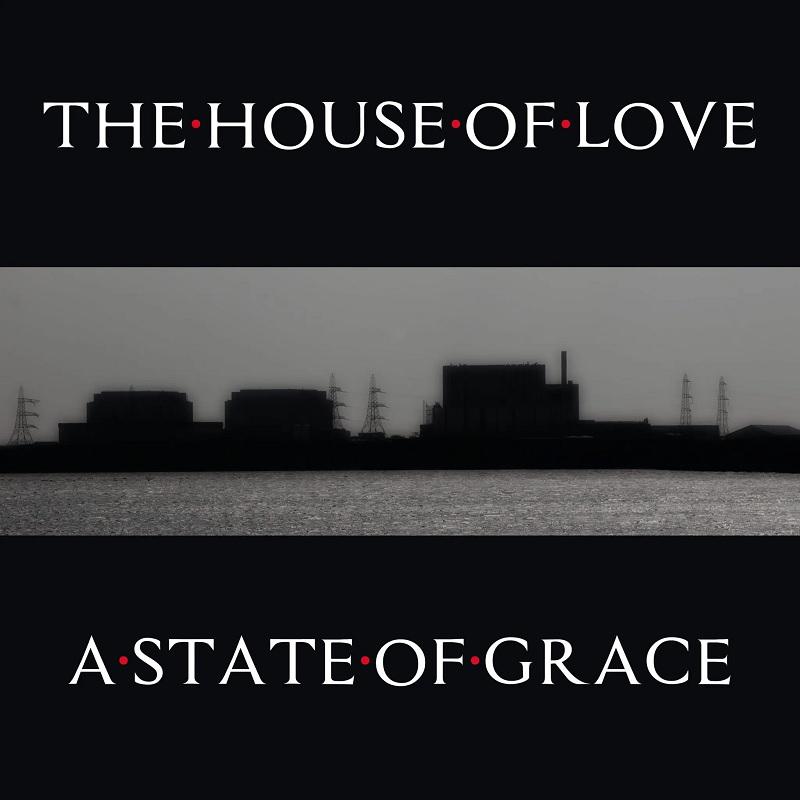 The House Of Love’s first album in close to a decade.

There’s an old British metaphor about ‘Always the bridesmaid’, a reference to never quite being top billing in someone else’s show.

It could quite easily be applied to the House Of Love, a band formed by lead singer Guy Chadwick whilst in the relative orbit of the C86 movement’s doomed tilt at indie glory.

Too stylised (or too proficient, take your pick) to warrant much association with that, the quartet found success with their debut single Shine On and a much-loved subsequent album put out by the Creation label.

With the distinctive Smiths and R.E.M. chime of Terry Bickers’ guitar in play, bigger things seemed certain until the rapid ascent to popularity of Madchester gave them the appearance of musos.

Bickers then left and, after a dalliance with a major label, a final incarnation with their chops on the surface tailor-made for Britpop, imploded messily during 1994.

Cooler heads paved the way for a reformation in 2003 and two more albums have followed – in 2005 (Days Run Away) and 2013 (She Paints Words in Red), although Bickers has to all intents and purposes departed again, Chadwick recruiting an all-new line-up to tour America of Keith Osborne (lead guitar), Hugo Degenhardt (drums) and Harry Osborne (bass), one also present for the sessions which produced A State Of Grace.

Recording locally in Hastings between lockdowns, new doors were also opened with the addition of pedal and lap steel guitars, along with the banjo and violin for good measure. The extended palette and familiar environment seem to have enlivened Chadwick in particular.

Nowhere here is that impression more acute than on Clouds, a rasping honky-tonk which at least in part owes a debt to The Stone Roses’ Love Spreads; ‘What you gonna do with all your money, honey/Get your head out the clouds’, teases the singer, flipping effortlessly into his ultimate Bobby Gillespie impression. As comebacks go, the whole thing forms an understated warning not to take his band’s seventh album too lightly.

Casual visitors wondering how the distant past is going to be addressed could end up a little bemused though. Chadwick spends as much time, if not more, on music soaked in classic rock archetypes, from Light Of The Morning’s banjo-led fix of regret and hard luck, to the cranked up abstraction of Melody Rose and Sweet Water’s spunky rhythm and blues.

For jangle lovers however the cupboard is largely bare – there’s certainly nothing in the superior bracket of Christine or I Don’t Know Why I Love You.

Where overtures to that are made the results are inevitably hard to directly compare, the likes of Into The Laughter and Hey Babe’s mottled shoegaze uncharacteristically limp.

But whether it was the intention or not, the psychedelic overtones and drive of State Of Grace and Dice Are Rolling’s flawless reverb scape show what’s in the locker if required.

Having seen and done it all, cynics would reckon Chadwick’s ability to blend these disparate parts of his canon together should be regarded merely as table stakes, but now residing in the maverick category he evidently doesn’t mind taking a risk either.

Here the goodwill accumulated across the rest of A State Of Grace allows him and The House Of Love to survive the awkward faux-country misfire of Just One More Song with everyone’s dignity just about intact.

Nothing here will change their destiny, but as an album it’s evidence that never getting hitched to your dreams may be the secret to long career and happiness after all.

Tags:andy peterson, the house of love