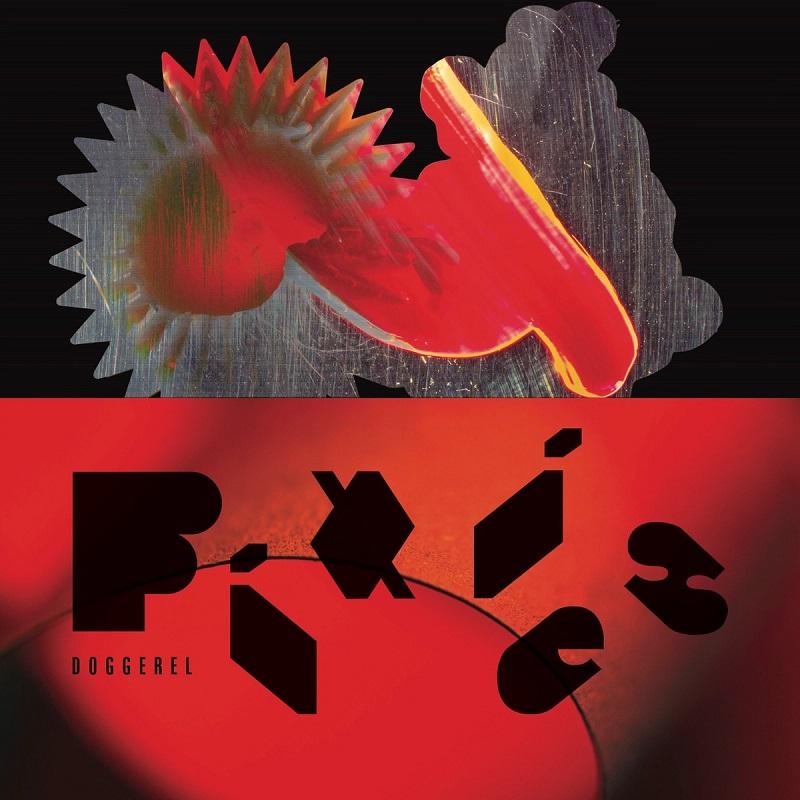 The Pixies, in one line-up or another, have now been reformed for pretty much three times longer than they initially existed, a statistic that’s testament to – depending on your level of cynicism – either the faith of, or an absence of curiosity amongst, the people who listen to their music.

Regardless of the now, it’s not hype to state that at one point that first incarnation was one of the most important bands in the world, that they created a template for underground noise which is still being used overground today, but most importantly they made some fucking great rock n’ roll in the process.

True, there’s an almost straight line between what they were godfathers of and Nevermind, but they weren’t the first outfit to be eaten by the scene they created, and they won’t be the last.

With some neat symmetry, Doggerel makes it four albums each on either side of the hiatus, following on from 2019’s Beneath The Eyrie.

None of the previous three have possessed the incendiary brilliance of Surfer Rosa or Doolittle but hey, that’s an inherently unreasonable thing to want.

Times do after all change, with bassist Paz Lenchantin proving to be a more than capable replacement for Kim Deal, and direction-wise – as guitarist Joey Santiago has explained: ‘This time around we have grown. We no longer have under two-minute songs.’

In fact, Pixies had a bunch of them from the start, with Frank Black creating the husks of forty in Massachusetts before the full band recording process began in LA.

We might never know how the whittling down process went, but although some of them bear the ‘more orchestrated’ hallmarks Black has told us to listen out for, it’s still hard to loop the dozen survivors together by theme.

Maybe you can by song titles, which refer to either the presence of or absence of God – Haunted House; The Lord Has Come Back Today; Pagan Man; Vault Of Heaven – but whilst the opener Nomatterday has a familiar low-end rumble and one-two punch chorus, the shit-losing release of old is absent.

One of the other distinct impressions is that a band who once built their act around perverting the absurd isn’t taking themselves at face value here.

Stylistic evidence for this is plentiful, but as Francis attempts to rhyme, ‘You’ve such economy/Like Deuteronomy’, on You’re Such A Sadducee you’re aware that, temporarily at least, the serious artist game is up.

Not that things aren’t interesting; the previously mentioned Vault Of Heaven splices surf rockin’ with spaghetti westerns and has gnostic talk of titration and outer space.

Who’s More Sorry Now transmutes into a full-blown pop song, and Dregs Of Wine throws in references to LSD and long-lost hedonism, mining glam rock and punk in theatrical mode.

Maybe – awkwardly – the two best moments though are when Pixies appear to be pretending to be something, or somebody else. They’re both great; There’s A Moon On sees Black doing Neil Young at his most pugnacious whilst the titular closer brings with it a hint of Tom Waits lying down with a damp cloth over his face before it fires off into spandex solo territory.

That unfamiliar sensation you might be getting by now though is of things being closer to normal than you might want or even need from a Pixies album.

There are lots of ways you can defy expectations, but Doggerel only manages to do that by sounding like a record a band who wanted to be the Pixies would make.