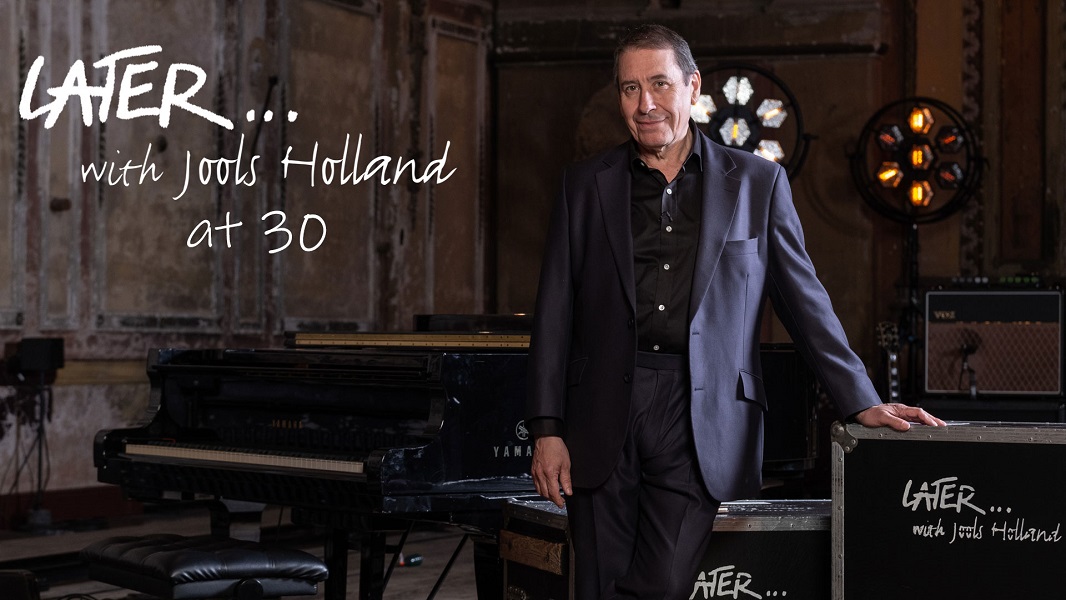 The Later…With Jools Holland special will be recorded on October 5th.

The 30th anniversary of Later…With Jools Holland is to be marked with a live episode hosted at the Eventim Apollo in London featuring a line-up to be revealed on the night.

Since first airing on October 8th, 1992, Later… has proved to be the great survivor of the BBC’s musical output, 60 series and over 450 episodes on now the last medium for emerging and established artists alike to show their worth to a mainstream UK television audience.

“It’s unbelievable that this year sees my show reach its thirtieth birthday,” Jools Holland said. It’s a testament to the great power of music that we are still going strong , and are now the longest running international music show on earth.”

“I’m delighted and honoured that we’re going to celebrate this monumental milestone with a special one off event in the fabulous Eventim Apollo, Hammersmith the scene of so many legendary musical moments.”