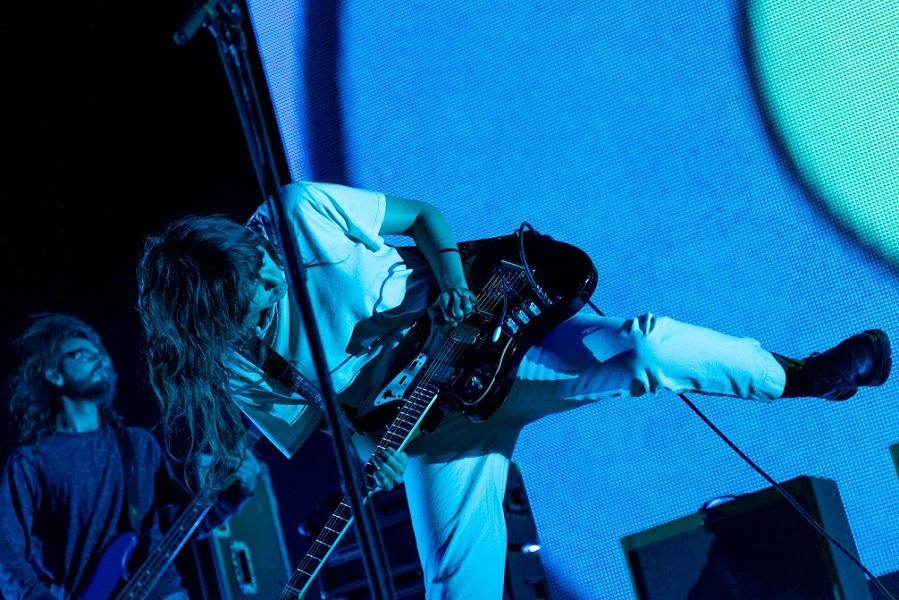 Courtney Barnett’s Here And There Festival was in Palo Alto, CA on August 26th.

Courtney Barnett’s 2022 Here and There tour is a natural evolution of curating the bands she loves.

Whether it’s releasing albums of artists she wants to share with the world on her Milk! Records label, or bringing together different bands for different dates on this tour, her audience wins every time with the magic alchemy she creates.

The crowd at the Frost Amphitheater at Stanford University in Palo Alto, California got to witness four of these great bands on stage on a breezy summer evening — Julia Jacklin, Chicano Batman, Japanese Breakfast, and then Courtney Barnett and her band to close out the night.

Julia Jacklin commemorated the day with an album release, Chicano Batman brought their energy and style that got the crowd dancing, Japanese Breakfast drew out the festival club kids with their gong-banging fun, and Courtney and the three-piece band brought some big guitar sounds to finish the night in the packed house that would have happily stayed for hours longer had the venue allowed it.