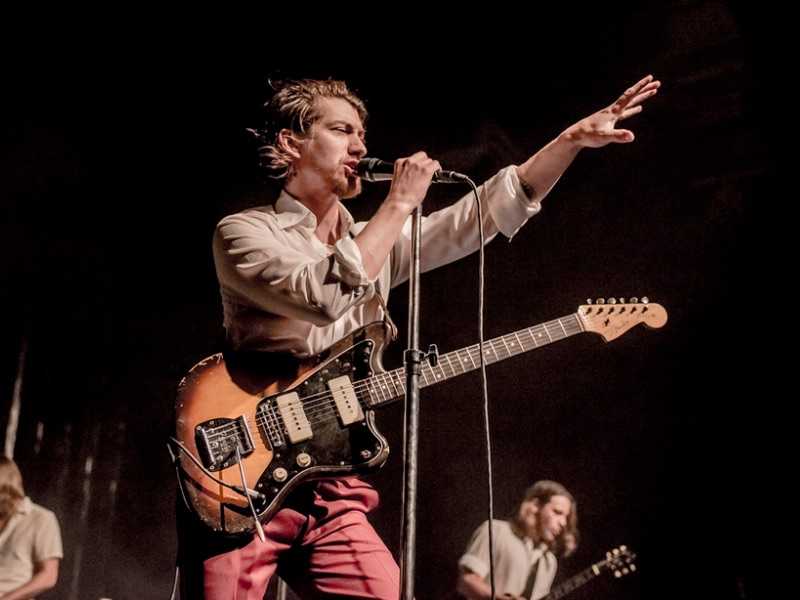 Arctic Monkeys are back in Yorkshire once again to close out Leeds Festival 2022.

It’s not the first time the Arctic Monkeys have had a notable homecoming at Leeds Festival.

This their home in a festival sense in the same way Headingley is home for Joe Root in a cricketing one.

For the first, in 2005, they hadn’t actually been that far. Already pretty much the most talked about band in Britain by the end of that summer, their gig on surely the most autological stage of the noughties – The Carling Tent – became a sort of Lesser Free Trade Hall for the era; a gig that everyone seemed to have been at and everyone else was talking about.

The following year brought their first stumble. Now close to the top of the main stage, those songs born of Sheffield clubs, which had been cemented at the start of 2006 on Whatever People Say I Am, That’s What I’m Not, which had felt like the most vital and exciting of any, anywhere in the world, seemed to cower then in the vastness of the big festival setting.

So too did Alex Turner. Never your most at ease host for the evening, his lack of natural showmanship had only emphasised the strange paradox a festival stage can magnify like no other – that the bigger a band gets, the further away from the ever-growing fanbase it moves.

A lot of places have been travelled since. 2009 brought the Joshua Tree desert rock of Humbug, their first headline at Leeds that year equally showing the first signs of a band growing in confidence and into their new grown-up shoes.

By 2014 they were virtually unrecognisable from the four teenagers who had blinked into the daylight of the Carling Tent nearly a decade earlier. Turner conquering the old stageshow dilemma by going full showbiz, all greased back hair, turned up leather collars, snake hips and mid-Atlantic schmaltzy intros.

The AM album and its groovy, riff-packed hits had also finally taken them into the arms of the US, the early demons now fully conquered by simply transforming into a completely new entity altogether.

All of which, upon their latest return to Leeds Festival last night, means the real challenge for the Arctic Monkeys now lies in threading all these different strands into one meaningful collage.

It’s a struggle that lies just under the surface throughout the gig, but with an absolute arsenal of a back catalogue, a band these days entirely at ease with themselves, and a truly enormous crowd straining at the leash after a nearly two-hour wait, it was never going to be one they couldn’t comfortably deal with.

The huge opening salvo of Do I Wanna Know? and Brianstorm certainly helps; Rule One of festivals – get the audience on-side early – immediately dealt with and the expert rat-a-tat-tat drumming of Matt Helders ready to bring all the impending disparate sides together.

The inclusion of That’s Where You’re Wrong later means Suck It And See is just saved from again being the cruelly overlooked album in all this but still, let’s please hear the love for Suck It And See, while Potion Approaching’s rare outing shows off just how meatier the Arctic Monkeys sound is now live, starting off with an unlikely Rocket From The Crypt inspiration before evolving into a swampy rock waltz conclusion which sounds much more impressive here than it ever did on record.

The constant tweaks, tunings and shuffles between songs are a more obvious sign of all these different plates that are having to be spun on stage, and if there is any point when a few wobbles occur it’s during the mid-portion of the set on the likes of Pretty Visitors and Tranquility Base Hotel + Casino, when Turner goes DB Cooper and the Jamie Cook twins take over on guitar.

Further on, if I Ain’t Quite Where I Think I Am is showing us where The Car is headed then it isn’t quite going to be Tranquility Moon Base, but the spaceman this time is David Bowie and at least live something close to the art rock of Station To Station.

Yet Whatever People Say I Am… and AM are never far away, and it’s obvious where Leeds’ deepest affections lie. We’re back there with Why D’You Only Call Me When You’re High?, and on that massive early one-two of From The Ritz To The Rubble and I Bet You Look Good On The Dancefloor. As bankable and effortless as any artist in operation today can hope to enjoy.

Don’t forget Favourite Worst Nightmare either: Teddy Picker had already laid claim to being the biggest crowd pleaser of the lot before 505 – their signature never-a-single sing-a-long which all great bands need at least one of – closes the main part of the set in a fashion it now seems destined to do forever.

Arctic Monkeys have been to so many places, both physically and metaphorically, since 2005, but as the encore wraps up with an on-your-mates-shoulders, phones in the air, free-hand-clenched monster rendition of R U Mine?, tonight it’s undeniable they’re back in Leeds bigger and better than ever.

This is home, wherever they choose to go next.