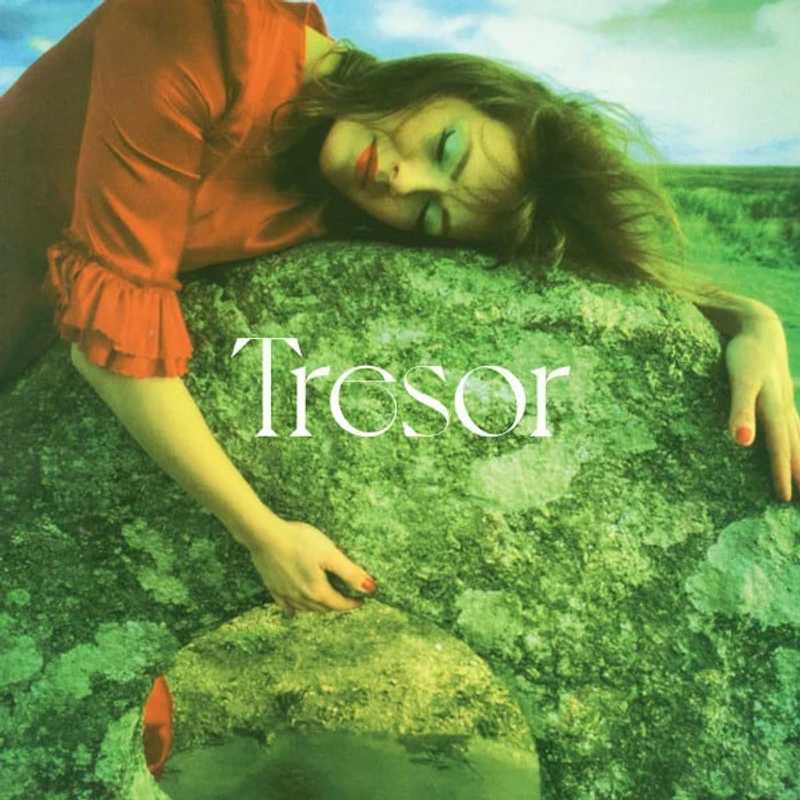 Language is no barrier on Gwenno’s third studio album.

It was testament to the concept’s boldness and articulation that Gwenno’s second album Le Kov was an artistic triumph and a vessel for expanding the ideas it introduced without lapsing into self-indulgence.

Sung in Cornish, it sparked a renewed interest in the language many considered on the brink of extinction, whilst its cosmic, folk tinged psychedelia recalled Cate Le Bon or Jane Weaver.

Written in St. Ives before the lockdowns of 2020 and then completed at the singer’s home in Cardiff, its follow up Tresor (Treasure) is also presented in her second tongue, but thematically, after the all-embracing outward conversations of its predecessor, falls back instead for inspiration to the uniquely personal experiences and emotions of motherhood.

Fascinating but complex and mired in subjectivity, these topics can feel weighty, a doubt for the listener already presented with an obvious lexical barrier to understanding.

And yet opener An Stevel Nowydh (The New Room), after a discordant start, floats on breezy atmospherics, the translated lyrics revealing a soothing mundanity – ‘Fancy a cuppa? /How are you?’, – that later contrasts with a deeper seeking introspection: ‘Is the total lack of meaning an inevitable part of being?’.

Along with a lightness of touch which marks the album’s early phases, such as on Anima, the singsong, peak and trough vocal textures look back to folksy byways of the past, a soothing air at odds with the hard-edged tongue Gwenno herself once described as, ‘Dark…it probably reflects the harsh landscape of Cornwall’.

Resolutely defiant in the face of the Atlantic Ocean, Britain’s southwestern tip is for many also a place of magic and – as here – hidden surprises. The album’s title-track is redolent in a kind of Avant-pop mystery of its own, whilst the twice hidden words embrace the contrasting notions of female power: ‘Do you want a crown upon your head/And a woman at your feet?’.

Not everything is as serene. N.Y.C.A.W – (Nid yw Cymru ar Werth, ‘Wales is not for Sale’) buzzes with an energy garnered from its anti-Imperialist sentiment, with the corrosive nationalism of the London-centric media’s discourse an enemy of indigienous art, culture and diversity.

Ardamm then flows for over seven minutes with a motorik energy; there is a tension to its fragmented guitar which is never resolved, whilst the impact of not having linguistic frames of reference is at its most urgent and acute here, sound conferring terms but not meaning.

Given its many unique facets determining soundalikes for, Tresor is a lost cause, but as it journeys onward the unlikely emerging influence the similarly arcane (and obtuse) hauntology mavens Boards Of Canada presents itself in the reedy synths of Kan Me, spectres that return on Keltek’s dream washed soundscapes, closer ‘Porth la’s gentle reel and Tonnow’s rainbow-tinted abstractions.

In many ways this disorientation is not only fitting but an essential part of the process. Gwenno has again succeeded on Tresor in being able to escape the confines of what’s perceived as her contract with the listener, creating an environment in which thinking that extends beyond the envelope is probable, not just possible.

This is a layered, nuanced record which melds the old, the new and the strange – and makes it all feel as natural as breathing.