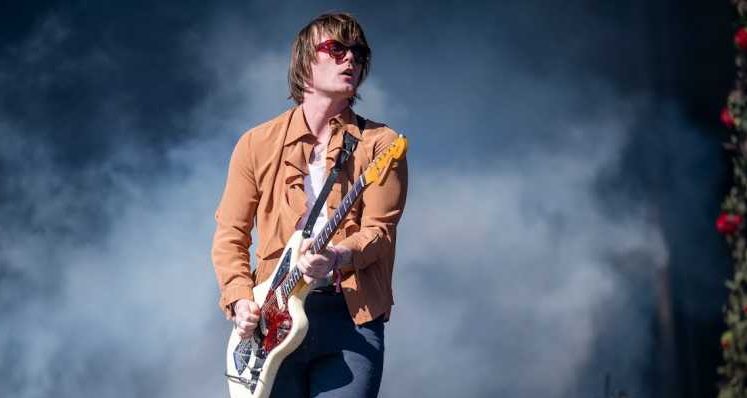 Fontaines D.C. are on tour during November and December.

Fontaines D.C. have added a third night in Manchester to their UK and Ireland tour which will take place towards the end of 2022.

Multiple nights are already booked in cities such as Leeds, Dublin, Glasgow and London, and the new date at Manchester’s O2 Victoria Warehouse has been confirmed for November 13th.

The tour will round off a year which has seen Fontaines D.C. continue their run of critical and commercial success with the third studio album Skinty Fia.

“Former Sex Pistol John Lydon’s autobiography was called No Irish, No Blacks No Dogs, a reference to the discriminatory window posters seen in London during the 1950s and 60s,” our review opens.

“Widespread racism this blatant may have been rare, but the book’s title was an unnecessary reminder that Britain has always been picky about who it rolls the red carpet out to.”

“Conditions (may) have improved but, after Fontaines D.C.’s second album A Hero’s Death was released, four of the band – including singer Grian Chatten – decided to sample Anglo-Irish hospitality in person, relocating to England’s capital whilst bassist Conor ‘Deego’ Deegan flitted instead to Paris.”