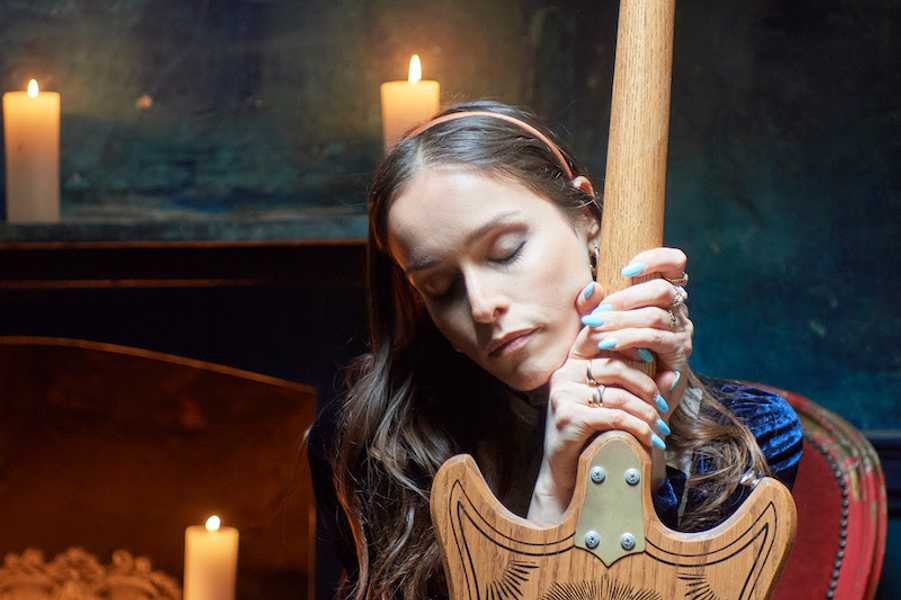 Click here to follow Live4ever’s Spotify playlist for the pick of the week from Tess Parks and all our favourite new tracks.

Tess Parks has worked with director Joe Bresler on the video for I See Angels.

“This song was written on my way out of New York and for the video I always had this vision of dancers dancing all over the city, I always love seeing people who have the confidence, discipline and motivation to decide that they’re going to go to some particular spot and just dance there for the day,” Parks explains.

“I came across Joe Bressler’s work and loved it and he lived in New York so we decided to collaborate. We loosely discussed locations, but without knowing, he ended up choosing some places that had great personal sentimental significance to me. I love how the video ends with this beautiful ballerina finally out free and dancing in nature.”

“I’ve always had an affinity for old Westerns,” he says. “The album isn’t necessarily ‘western’ sounding; it’s more that, if I name something immediately, it sticks for me, so the album title stayed Cowboy Ballads.”

First single is Castro, about a friend who felt able to come out to Jesse, but not to the wider world.

The news that Tan Cologne’s new album Earth Visions Of Water Spaces has been set for release on September 9th has come with a video for its lead single Floating Gardens.

The crisp air which inhabits the track reflects the title of its parent album and the environment the New Mexico duo of Lauren Green and Marissa Macias are looking to convey throughout the record.

“We would like listeners to feel they are submerged within or near the presence of water,” they say. “The entire album is about water: droplets of water, atmospheric exchanges of water, and the transformation of Earth by and through water.”

Stella Donnelly has premiered the video for Flood after her album of the same name was announced last month.

“This song feels like a sad little adventure,” Donnelly says. “I wrote it in the dark depths of a Melbourne winter lockdown where it had been raining for consecutive weeks.”

“Everyone around me was falling into their own version of depression at different times. It felt like a flood of trauma yet at the same time, we were given an opportunity of time to work through stuff that we’d been distracting ourselves with for so long prior to the pandemic.”

Borrowed Atlas knowingly describe themselves as the ‘eleventh best sad band in Bristol’.

Yet while there is undoubtedly an accepting melancholy to their offerings, their sadness has been channelled effectively to be more akin to rage.

Take compelling new single End Song. A darkly chiming guitar riff signifies what’s to come, before marauding drums and a terrifying bassline, like an alarm, burrows its way into your temple.