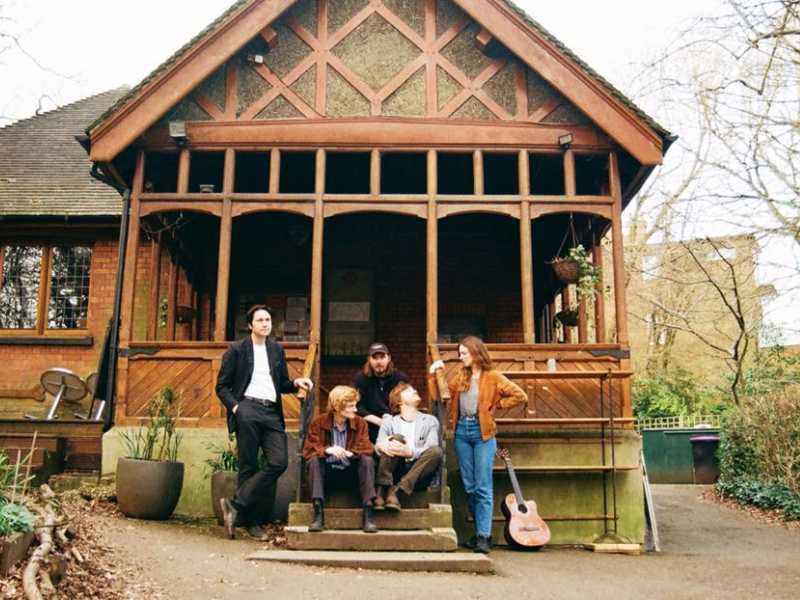 Gently Tender are due to tour the UK with The Big Moon in September.

Gently Tender have announced the details of their debut album Take Hold Of Your Promise!.

Four years on from when Sam Fryer, Will Doyle and Peter Mayhew emerged out of Palma Violets with The Big Moon’s Celia Archer, the band will release their maiden full length on August 26th.

The record was produced by Matthew E. White who was present when work was completed at the famous Rockfield Studios in Wales following initial sessions at Spacebomb in Virginia.

“This song was written in the first lockdown – like lots of people I had spent many hours reflecting on the togetherness of our existence pre-pandemic,” Fryer says of the new single Love All The Population.

“I was thinking a lot about the now-empty spaces – empty music venues particularly – not only closing because of the pandemic! So this song was a bit of a lament to those.”

After that tour with The Big Moon, Gently Tender will play their own headline gig at London’s Omeara venue on November 14th.