Therapy? at the Manchester Ritz during their 30th anniversary UK tour (Gary Mather for Live4ever)

Therapy? continue their UK dates at the Newcastle Riverside tonight.

Two years overdue, Therapy? are nevertheless celebrating their 30th anniversary with a UK tour which was at the Manchester Ritz on April 10th – Live4ever’s gallery is below.

The band’s 30th birthday was also celebrated – on time – with an authorised biography in 2020 entitled So Much For The 30 Year Plan, written by Simon Young with the full cooperation of Andy Cairns, Michael McKeegan and Neil Cooper.

“Before we recorded Infernal Love, I didn’t know if I was coming or going,” Cairns said in it. “I developed quite a healthy drug habit and was drinking a bottle of Absolut vodka every day.”

“I thought that if I gave up drinking, I’d spend the next two weeks lying in bed and feeling sick. I decided to keep going and see if inspiration would hit.” 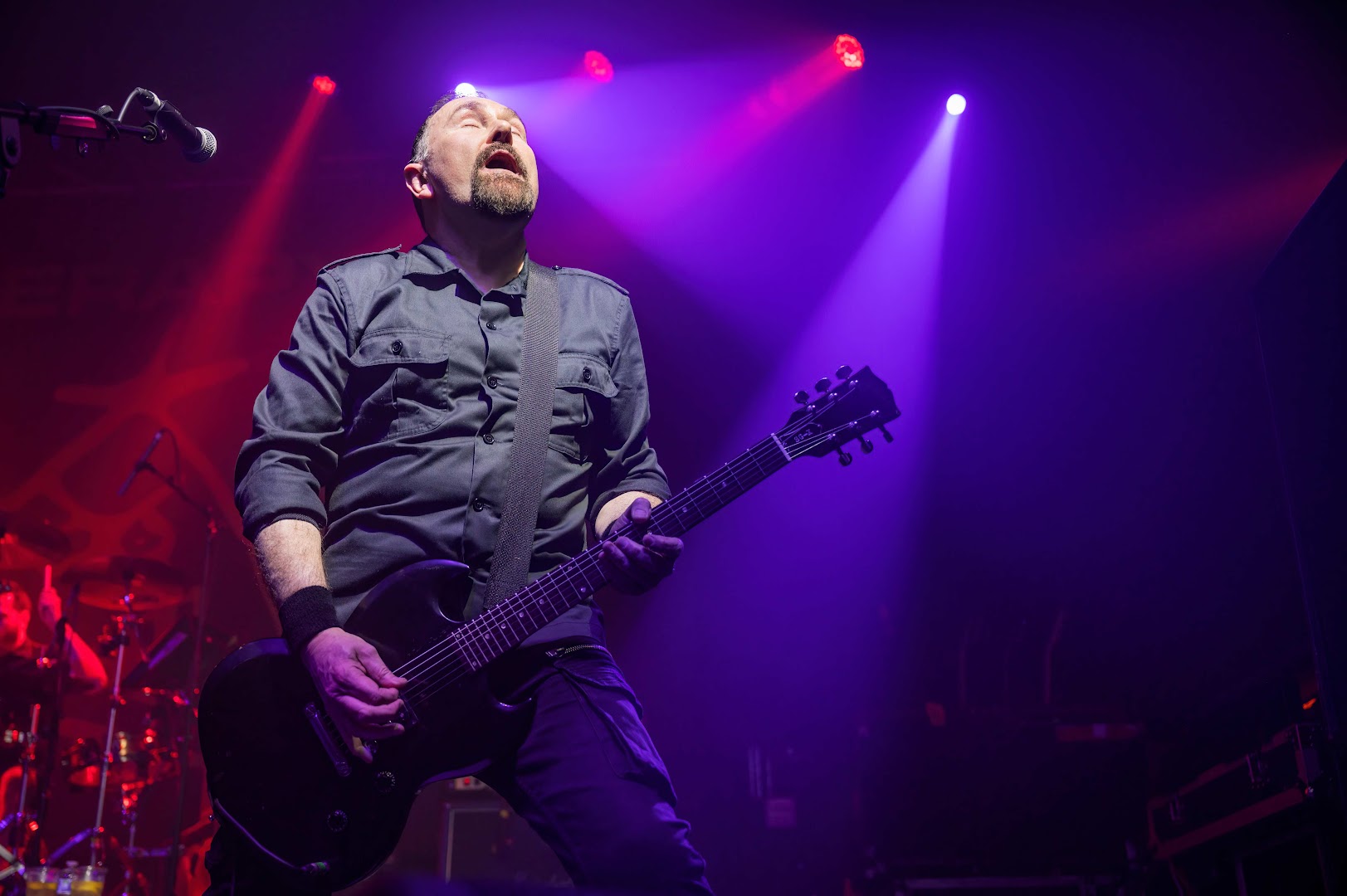 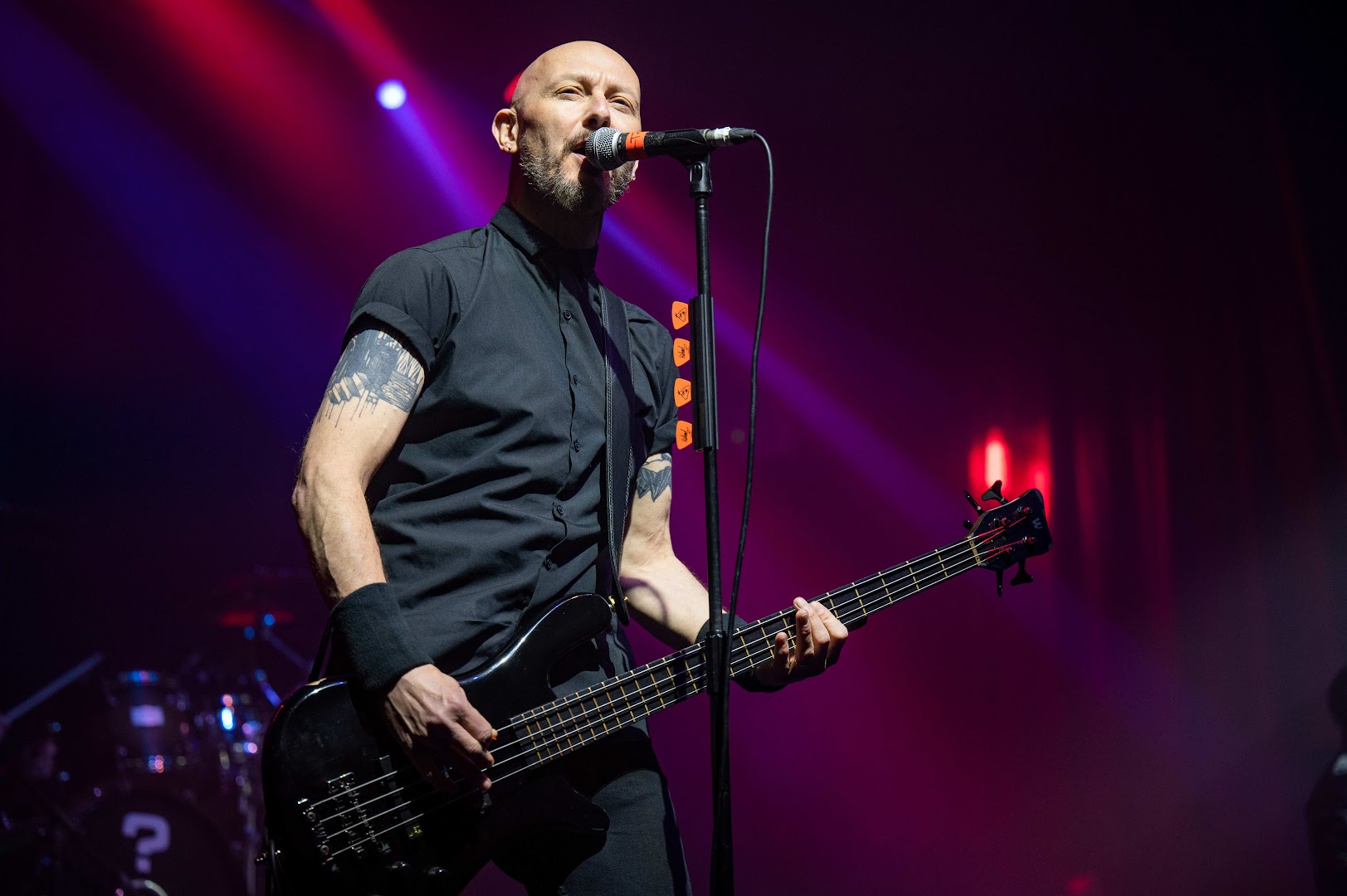 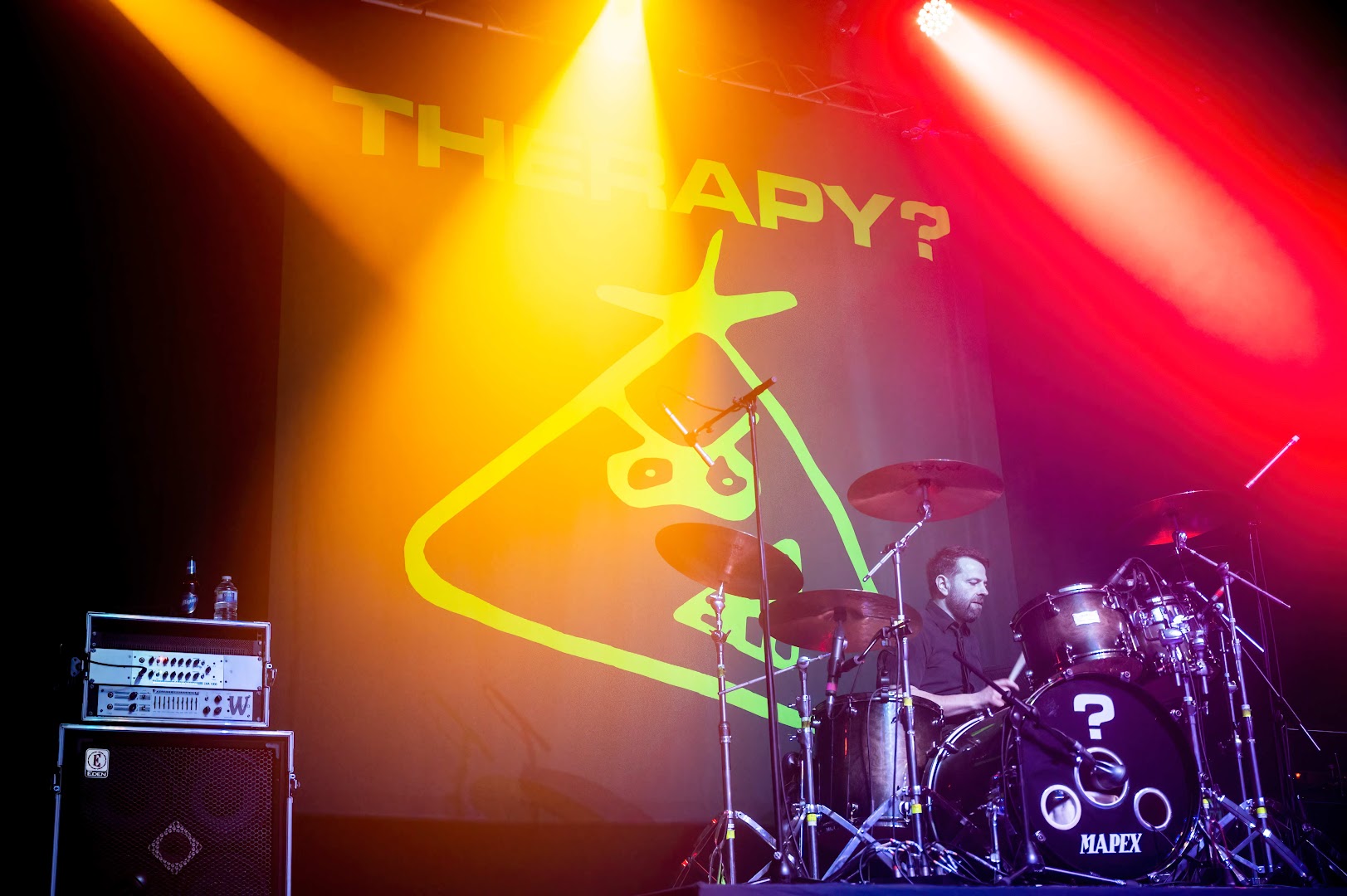 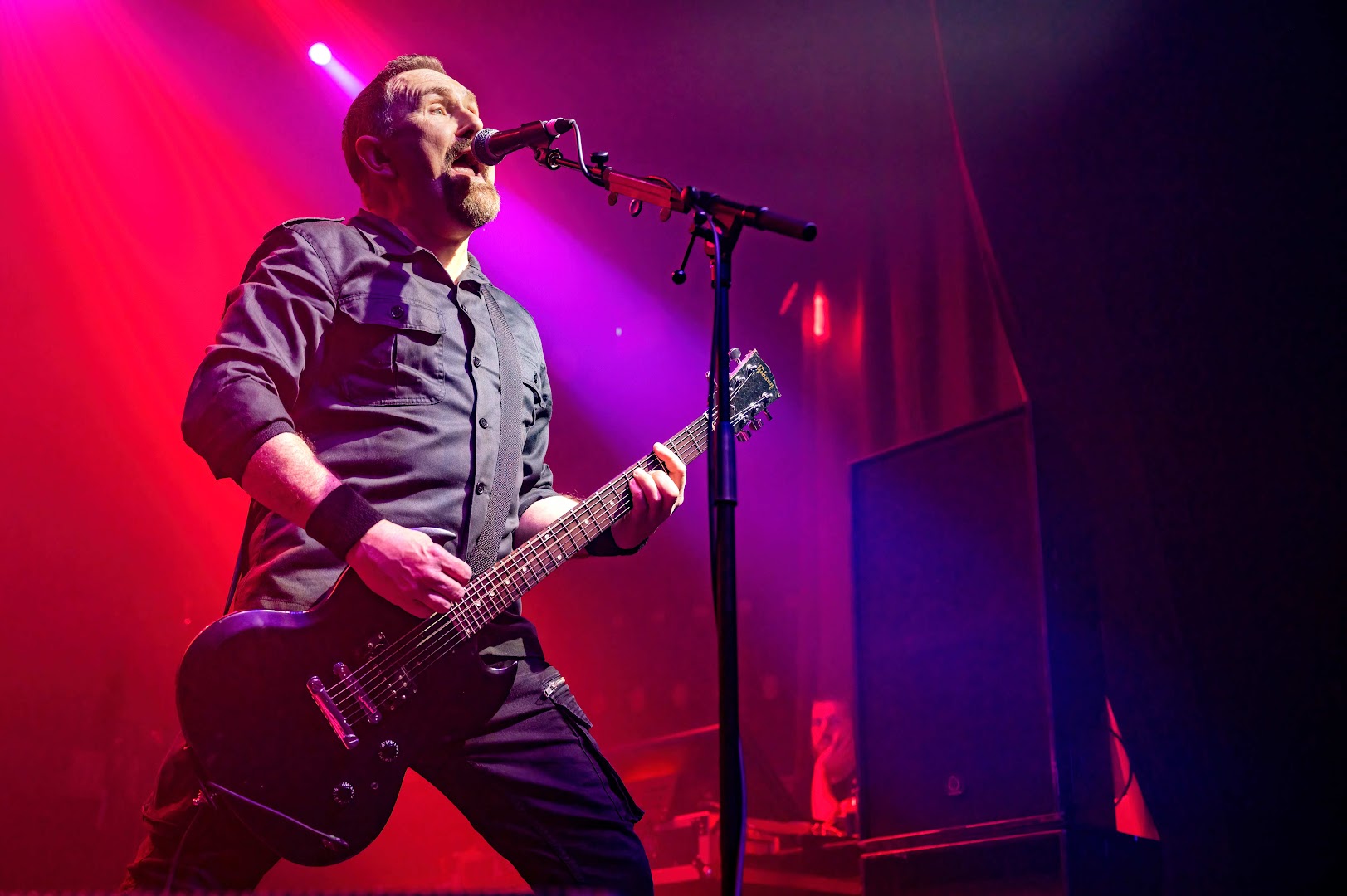 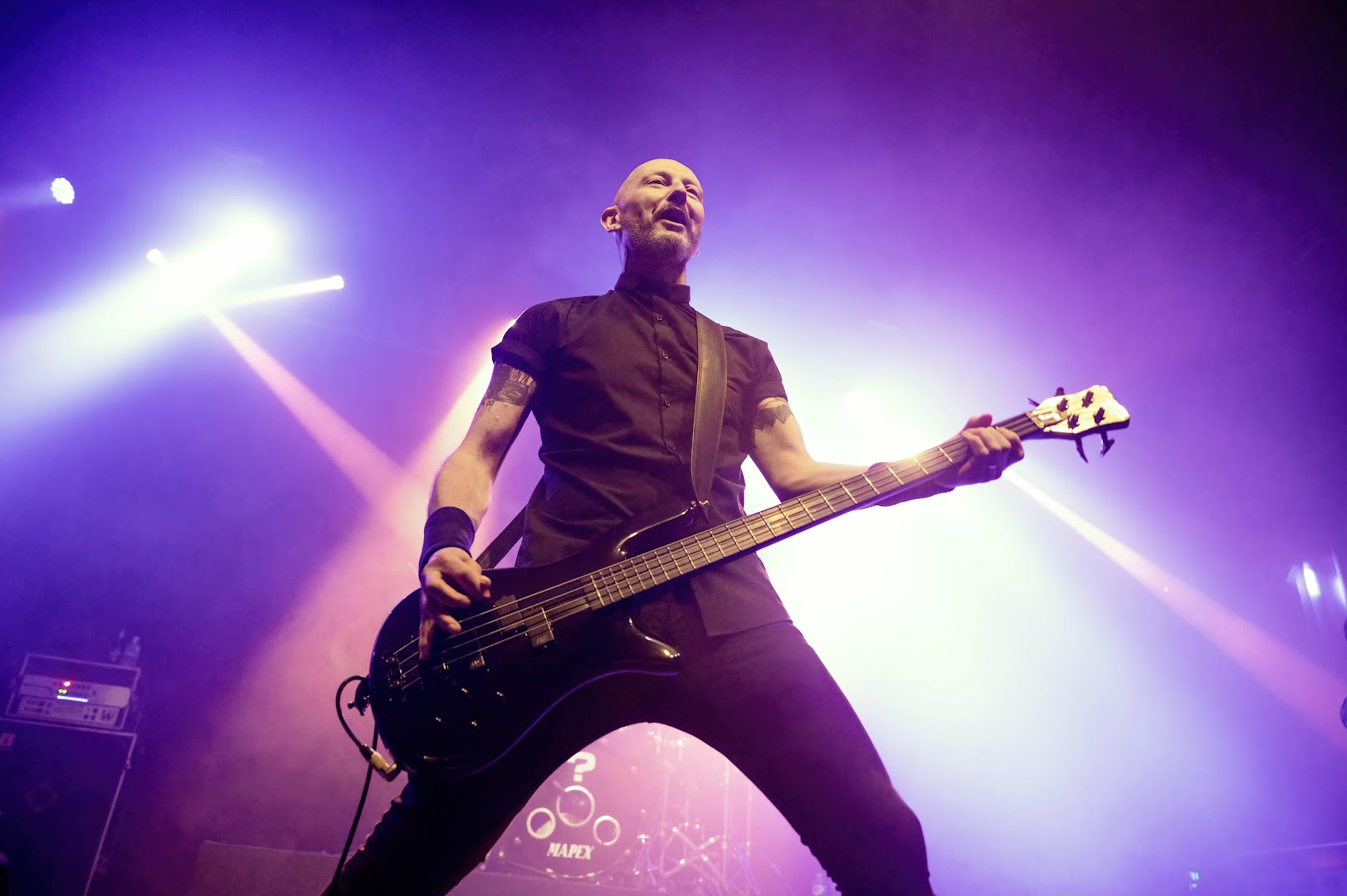 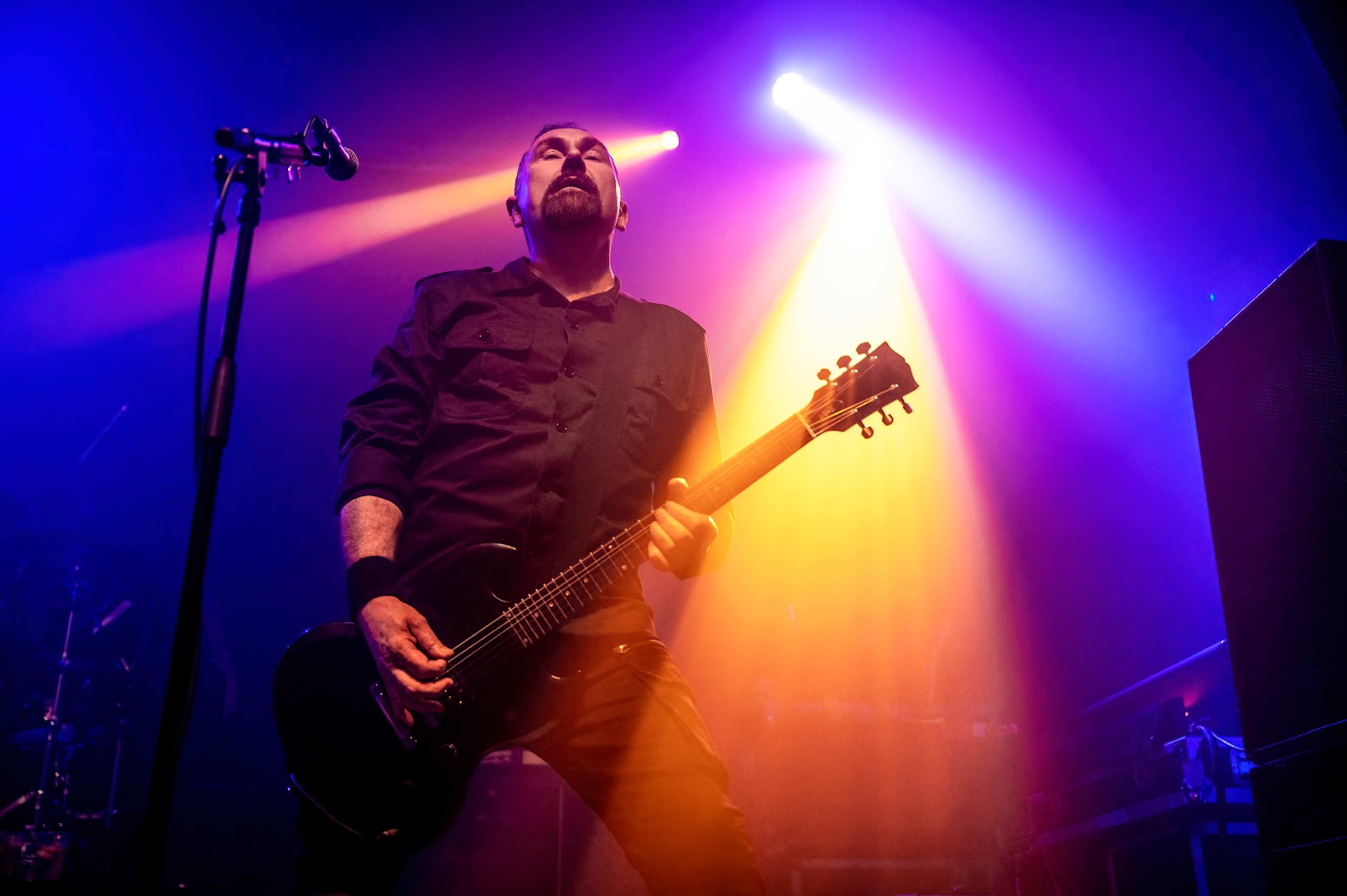 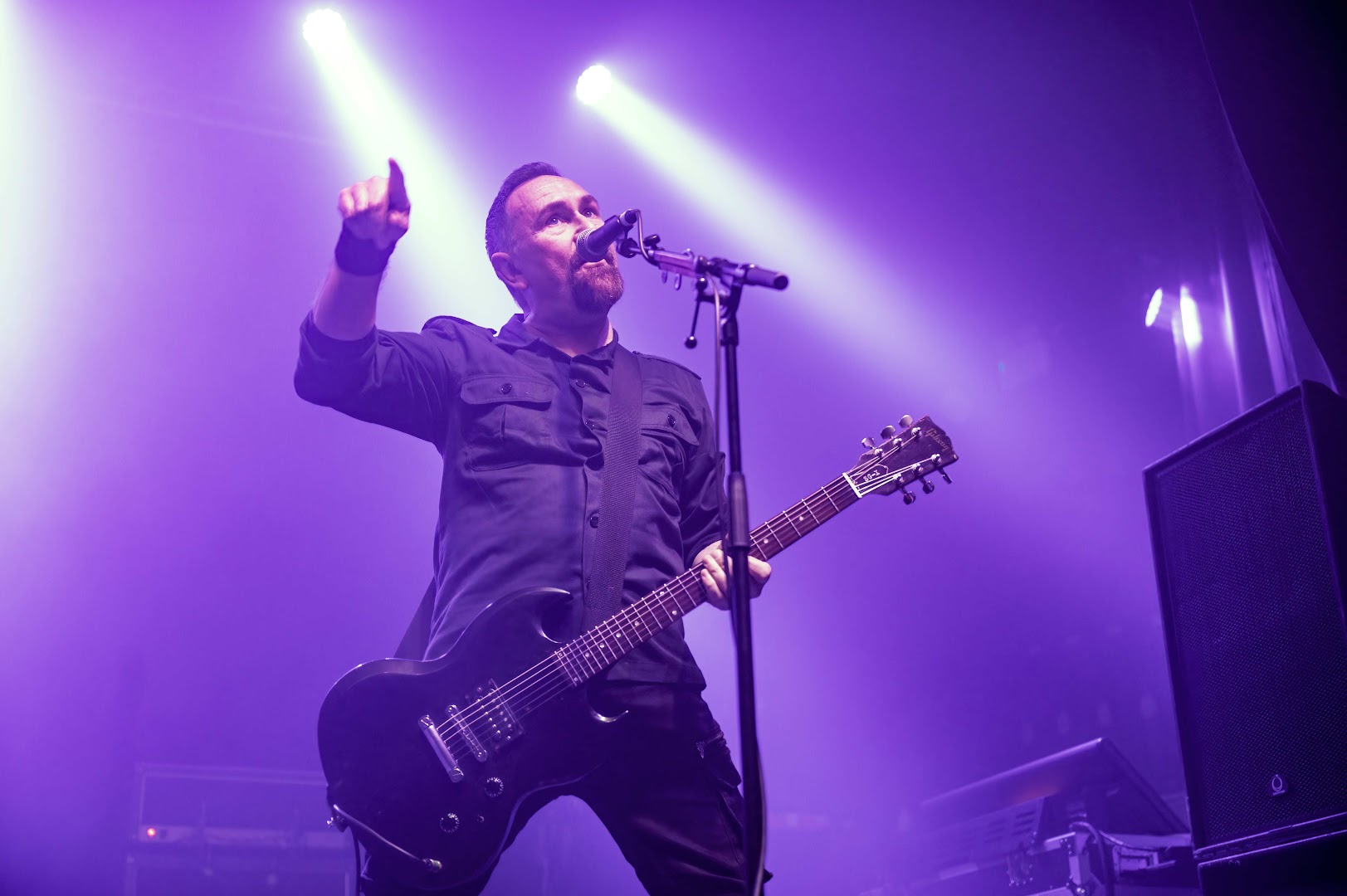 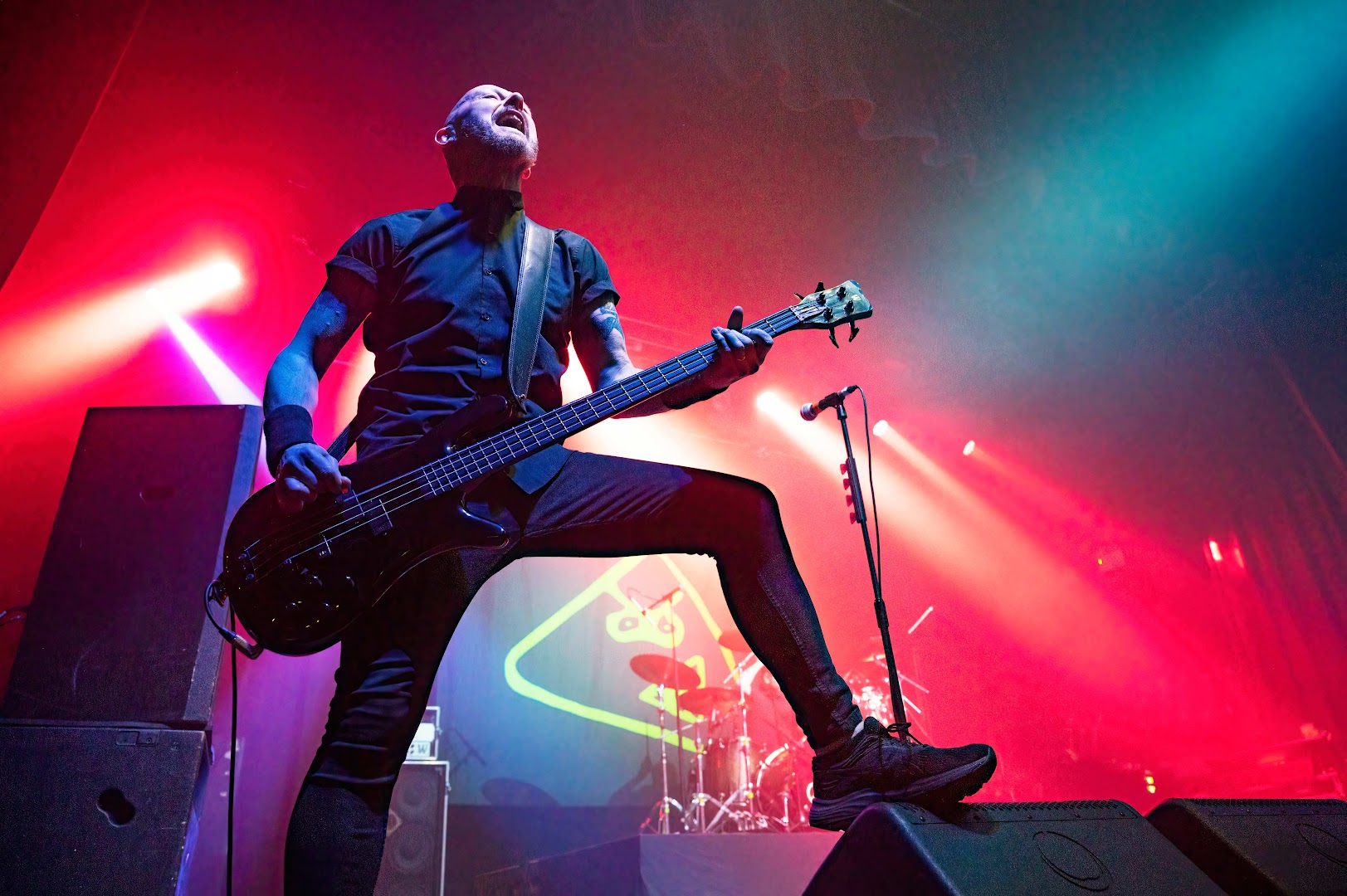 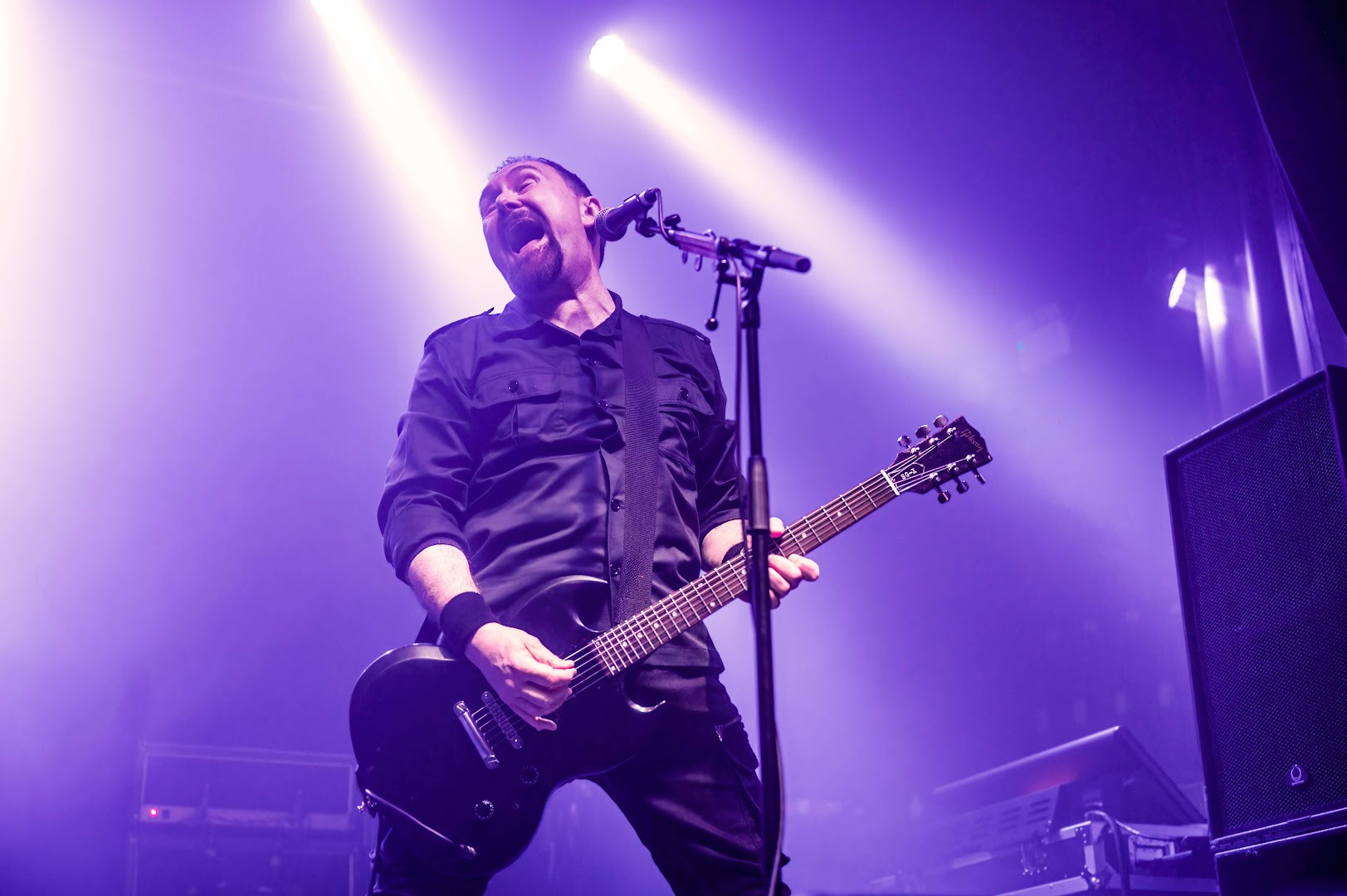 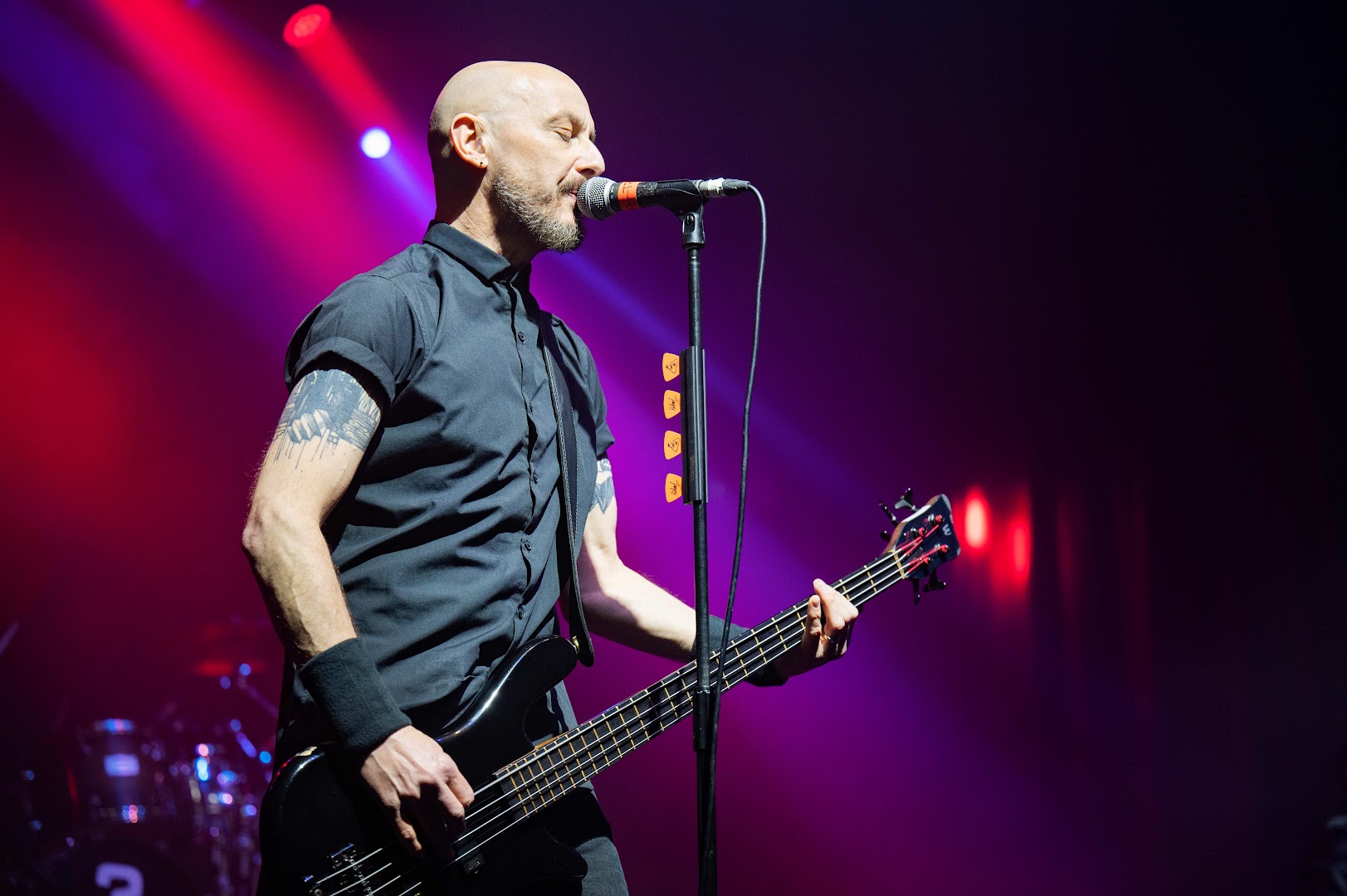 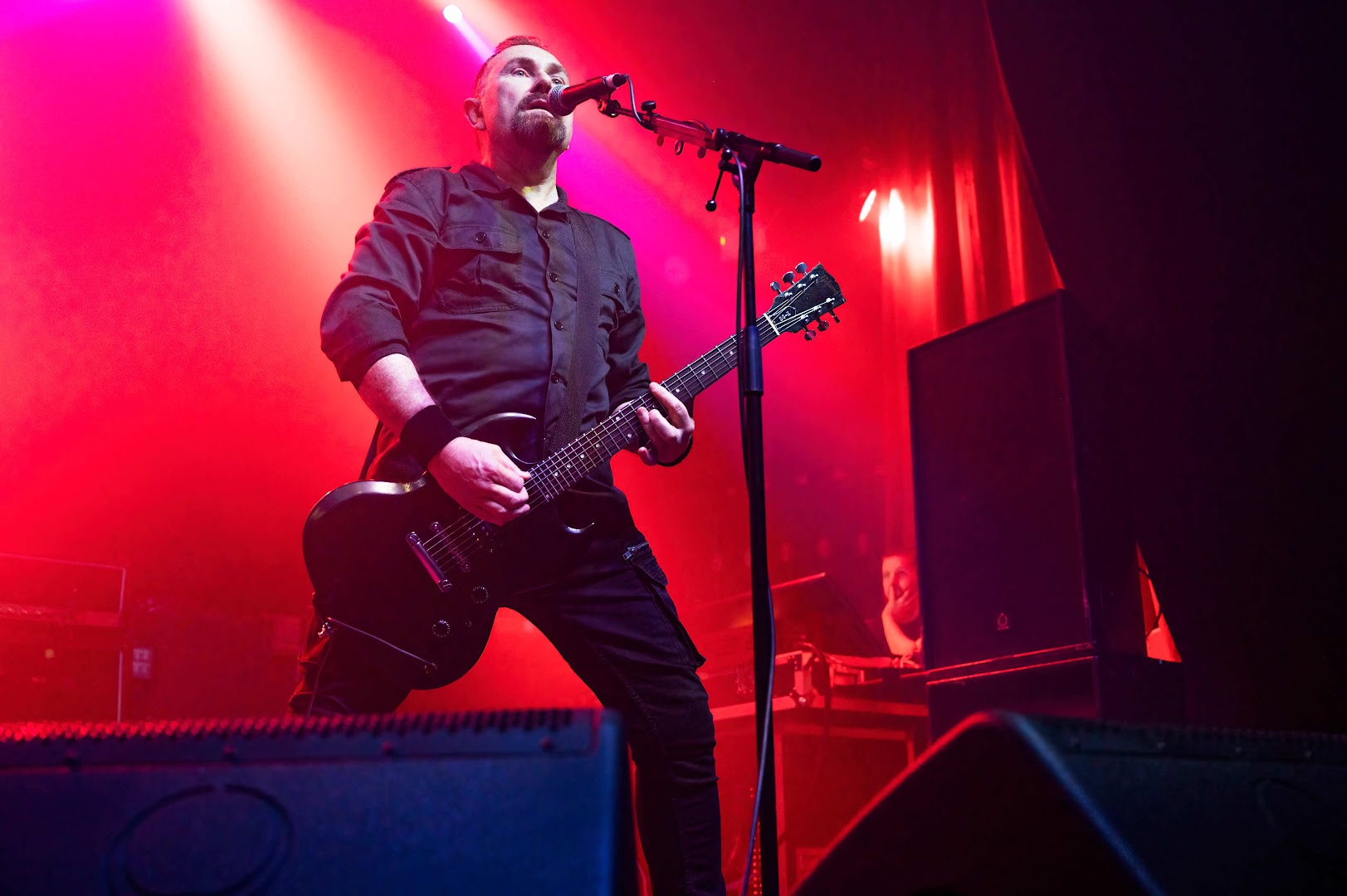 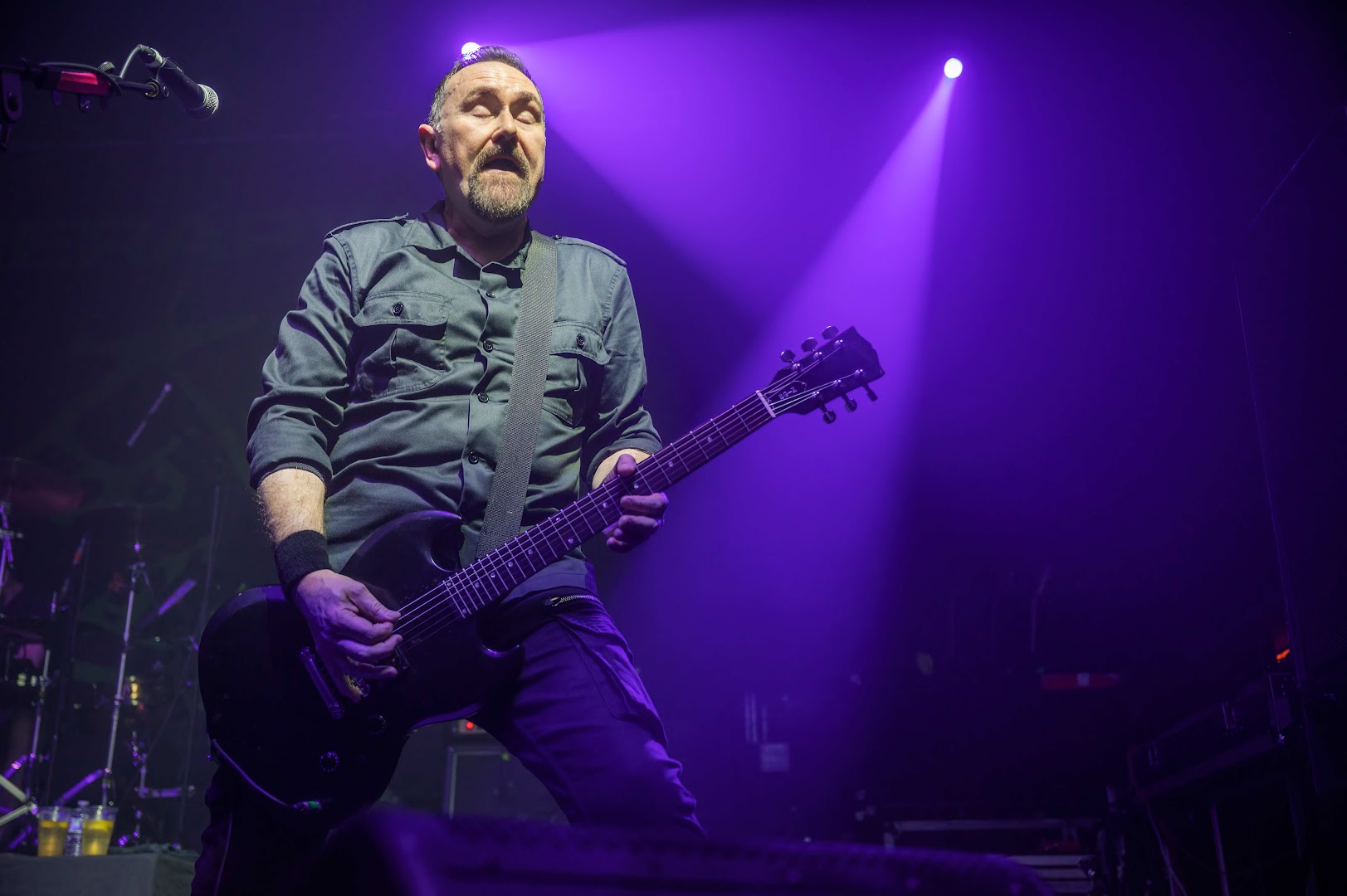 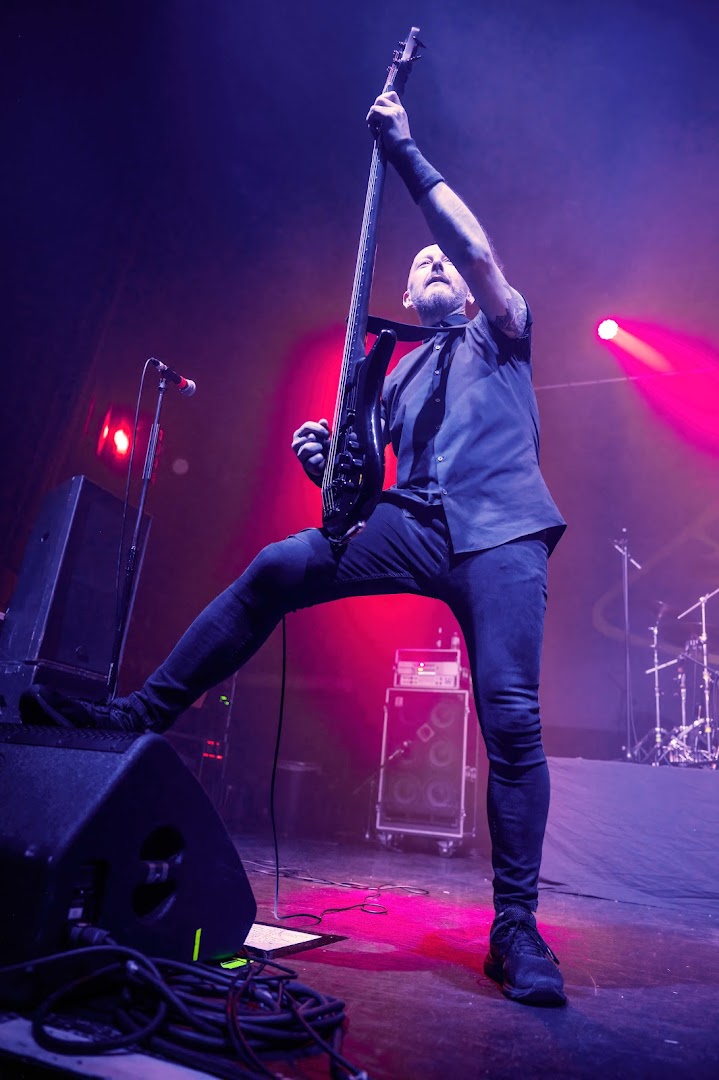 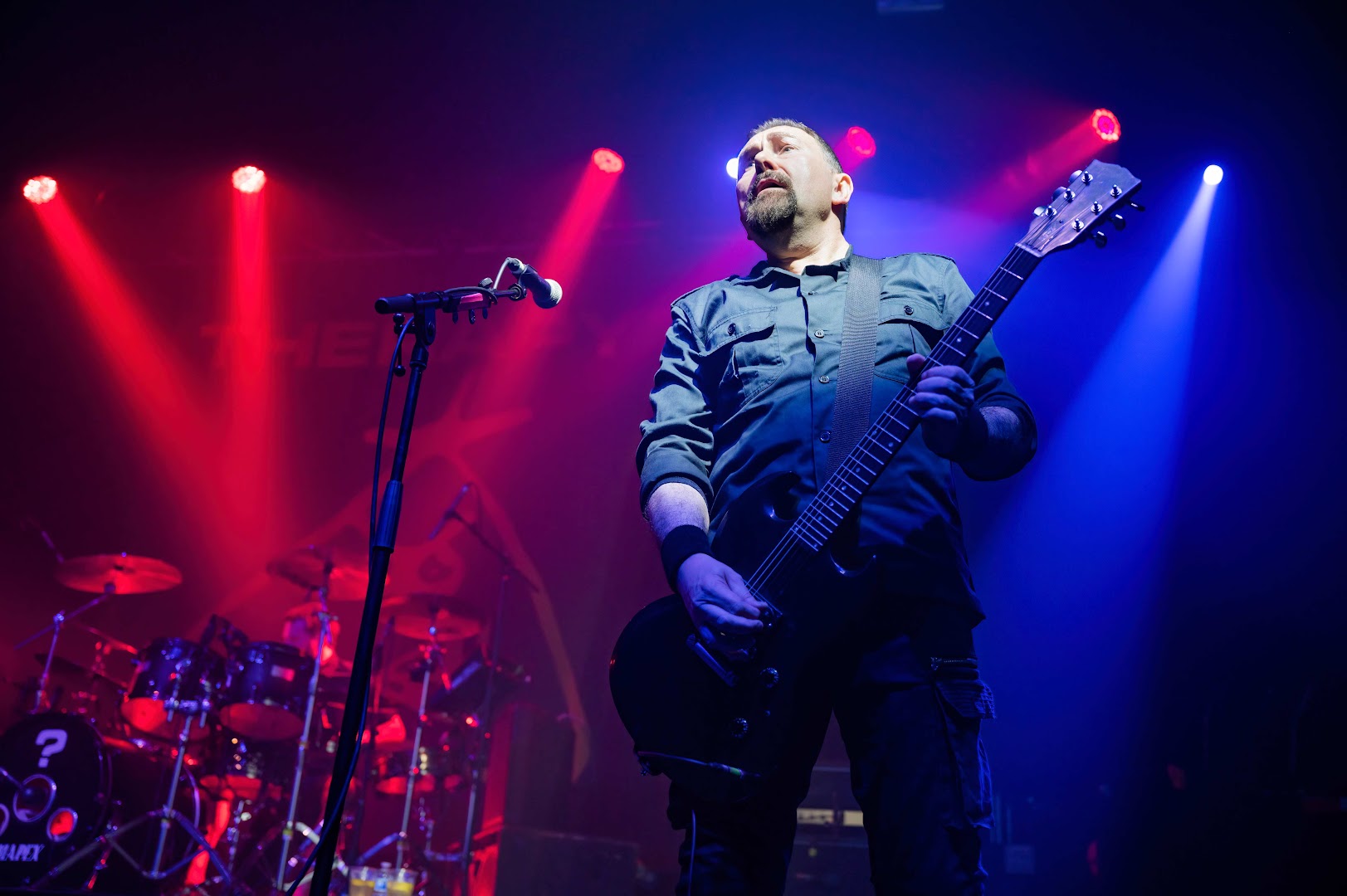 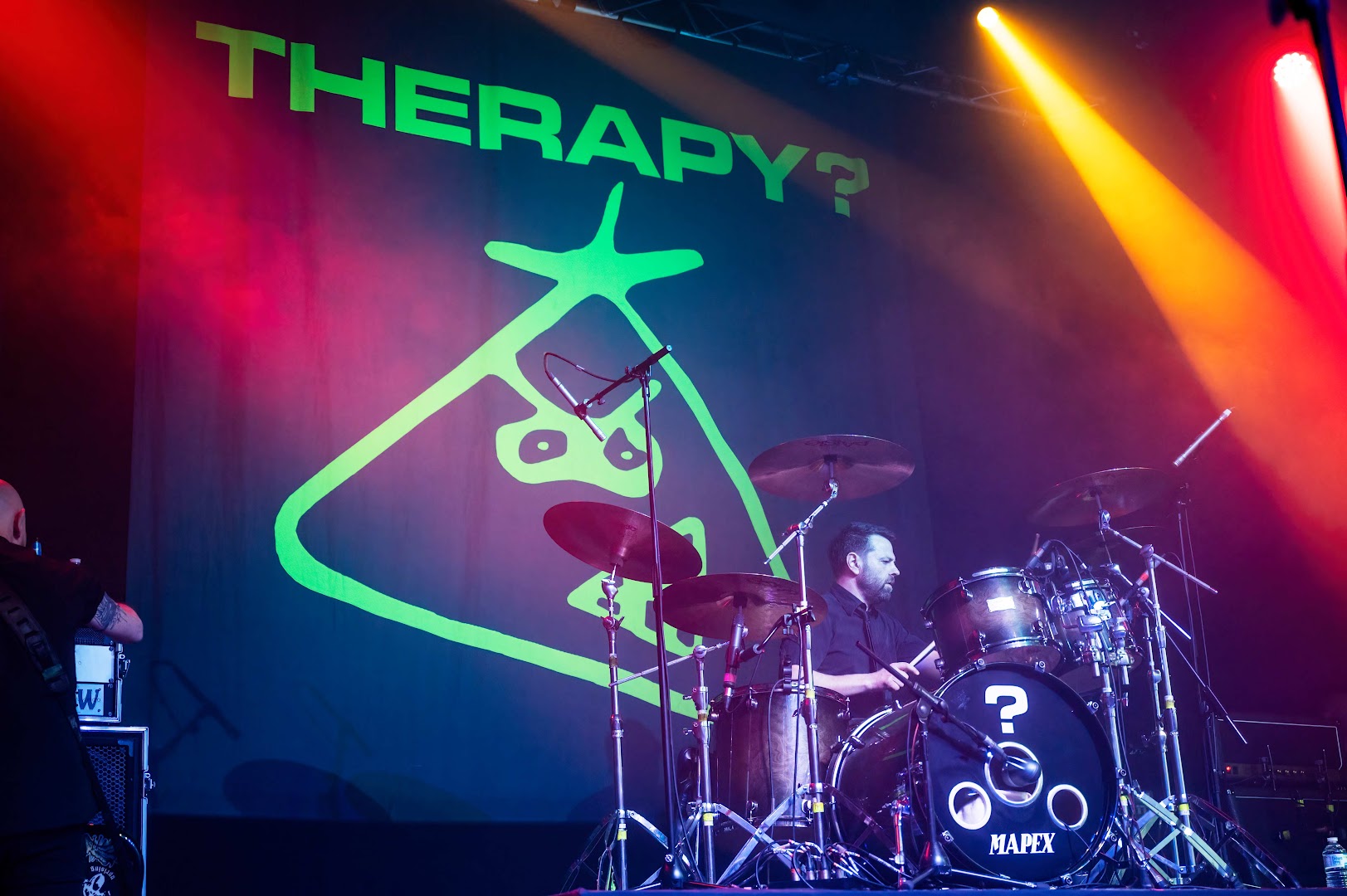 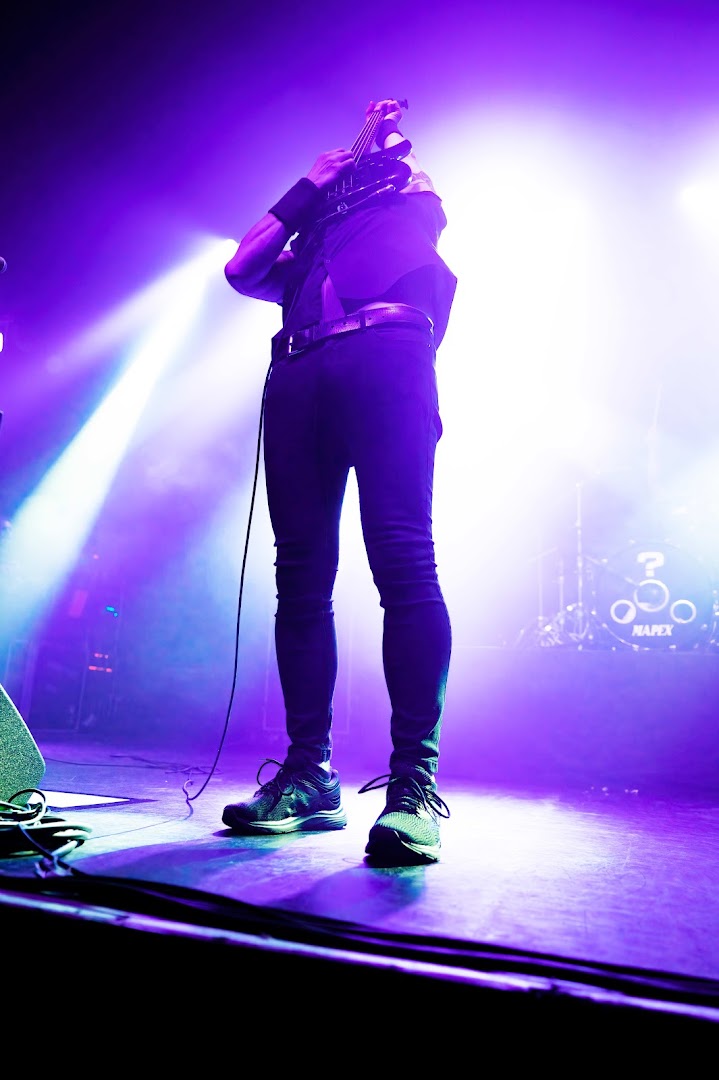 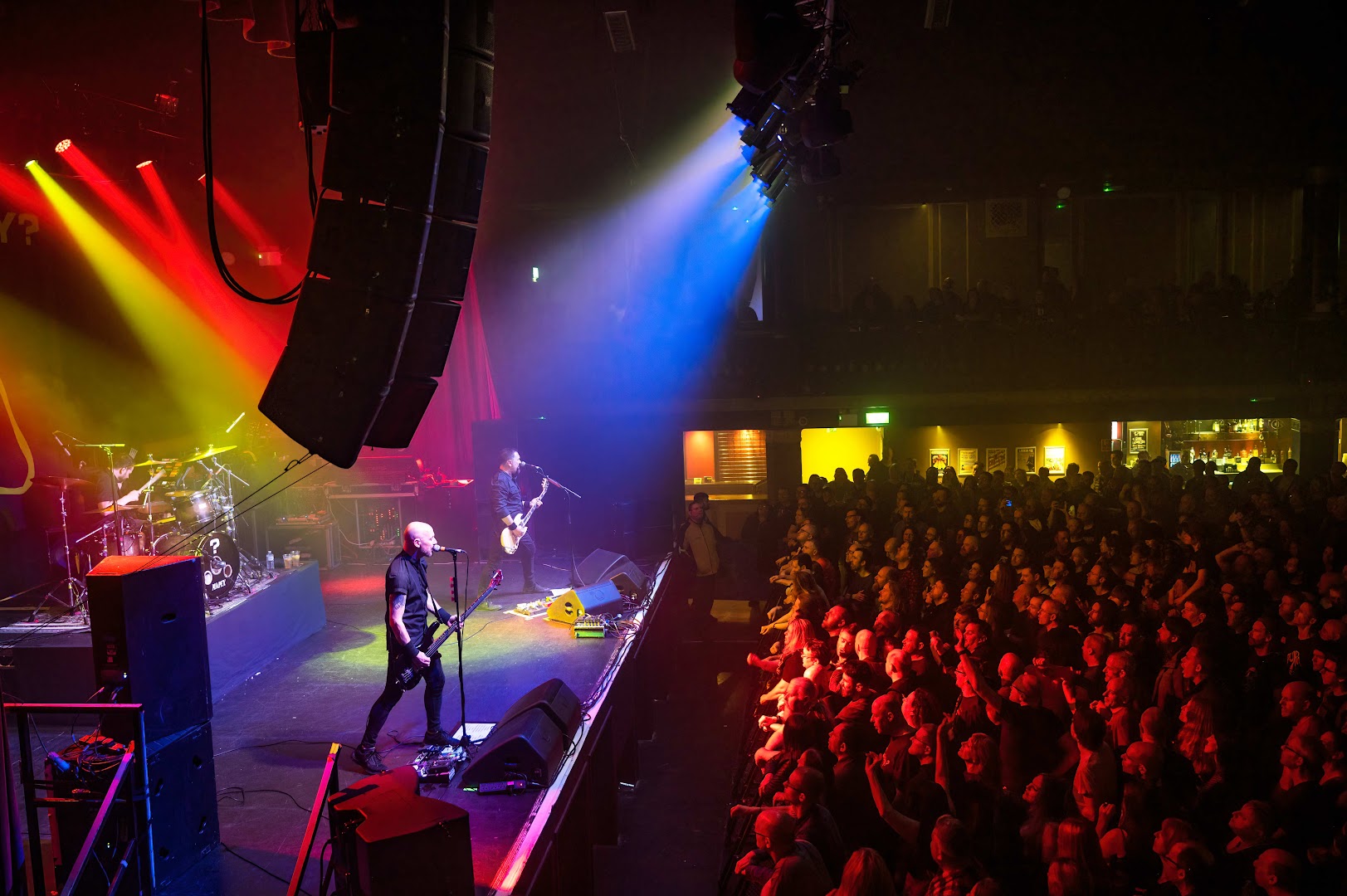