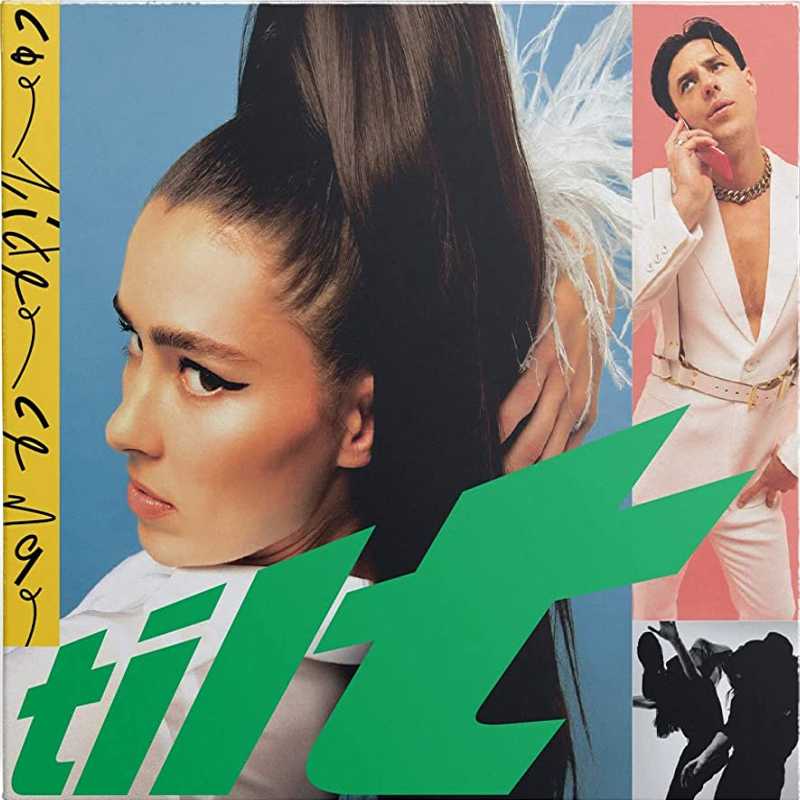 A long, long time ago in a sweaty basement far far away, a tune once began with the words, ‘Dance, while the record spins’.

The rest was supposed to be history; you went to the party and you partied right, because as Prince said, those things weren’t meant to last.

Australians Confidence Man could’ve been discouraged by the fact that, since their effervescent 2018 debut Confident Music For Confident People, the joy of losing it to their nakedly danceable (in every sense) brew of club classics has been largely owned by the man.

But taking the self-generating hype around the release of its follow-up – including a website full of spoof-branded merch – swagger isn’t only a quality in their name, it’s the mission too.

The focal point is Janet Planet and her partner in whatever Sugar Bones, with production work from the less visible Clarence McGuffie and Reggie Goodchild.

Tilt, appropriately, was conceived during back-to-ours sessions as the sun was coming up, with playback that paid back on crappy Bluetooth speakers to heighten the DIY vibe, like karaoke but good.

Just in case it hasn’t fully registered, the Brisbane quartet are not taking things too seriously. On the deliciously funky house of What I Like for example, Bones declares, ‘Living life on the wild side just like a bear/We’re alive – we’re just animals with beautiful hair’, yet you just know that he means it.

Fast forward to Toy Boy – a self-confessed ‘J-Lo slut jam’ – and the bottom line is just that, as Planet gushes, ‘With an ass like that there’s no hesitation’, to her boo, whilst a jumping piano line seems to be erm, coming, directly from the back seat of her limo.

There’s a fine line between celebrating and caricaturing this ecstatic mix of cheesy euro-pop, rave and early 90’s overground clubbing, but Confidence Man don’t care, which is what makes this blend of Dee-Lite meets Steps a hedonists paradise.

Where else then would you expect to find such bender-friendly royalty than on Holiday, a song with a hugely anthemic, ear-worming hook but, the band say, an underlying message we should all take to our hearts: ‘A vacation is just sunburn at premium prices – but a holiday is a state of mind.’

Throughout, there’s also an assured brand of energised post-feminism, always present but especially in places like the hugely radiant opener Woman; you might not have expected to find that or lots of other things like it here, but dismiss Tilt as just pastiche at your own risk.

Like a taxi on a snowy night, even the best miss occasionally though, Angry Girl sounding like a visit to an unimpressed shrink paired with itchy funk, whilst at less than sixty seconds Kiss N Tell promises much but turns out more love bite than blue pill.

These minor flops might prompt snideness from the humourless cranks who’ve been almost the hardest part of dealing with shit over the last two years, but when Confidence Man get it right – as with the stellar sass and booty shaking rip of Break It Bought It, the distinctly (Ace) Ace Of Base-ish cod-reggae of Push It Up and the absolutely perfect reminder of a warehouse blinder, Luvin U Is Easy – wherever your floor is, it’s impossible not to want to fill it.

If they were a Minogue, Confidence Man would be Dannii but Tilt will make you do just that, if you throwback to the times when tomorrow just meant a chance to do more of the same.