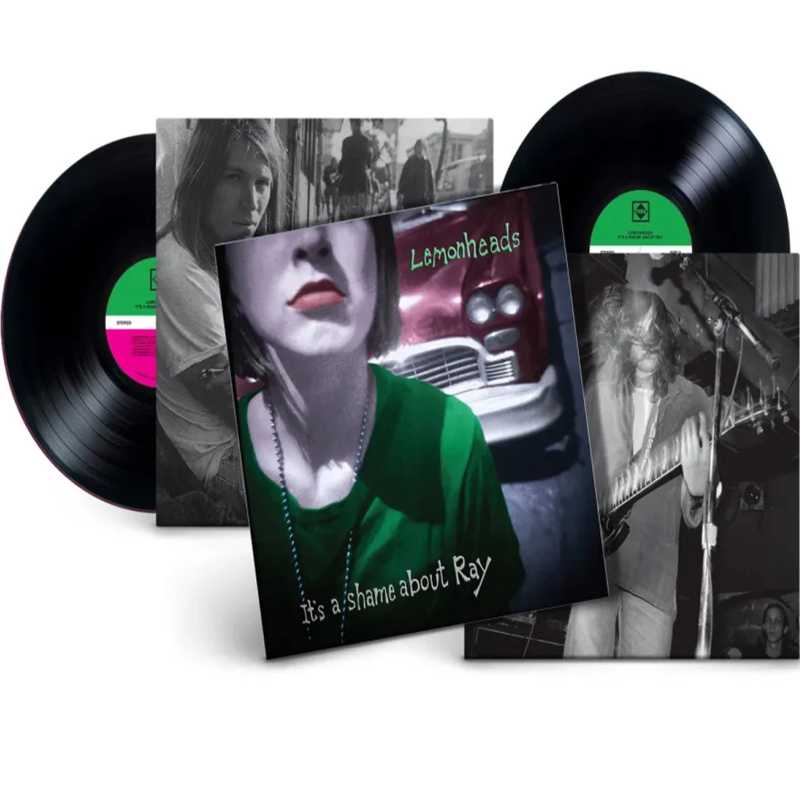 1992: The ascent of one American band from the underground to global superstardom was in unstoppable motion, in contrast though it seemed another’s would be over before it had even began.

Similarly Adonis-like in a Gen X way, Kurt Cobain and Evan Dando found themselves on opposite coasts and experiencing wildly differing fortunes, as Nirvana leapt from almost nowhere to rewire the mainstream just as Dando’s The Lemonheads found themselves on the brink of being dropped by their major label after the commercial failure of 1990’s Lovey.

Although remaining true to his influences – Hüsker Dü, The Replacements – he would also spend the time crafting the material which would become Shame About Ray. Another overhaul came in the shape of adding Julianna Hetfield as a replacement for Jesse Peretz on bass and backing vocals; whilst not exactly a call to arms in the face of adversity, this was about as proactive as the singer got.

One of Ray’s many strengths was the fact that it wasn’t a grunge record, instead it was a collection of songs that breezily updated a pop-punk template Dando himself had begged, stolen and borrowed to help create.

There was no horsing around either; opener Rockin’ Stroll uncorked the new ‘Heads who were, as Dando crooned, ‘Moving forward all the time’, as an organ peeled in the background.

Well, not completely; My Drug Buddy was a love song to both a thing and doing things, whilst Confetti (written about Evan’s parents’ divorce) and Bit Part frothed, Hetfield’s counter turning the latter into a reluctant duet.

There was still a less than subtle FU to the suits in the wonderfully awkward Frank Mills – the original snagged from the hippie musical Hair – even then, the evidence was for a record which had justified a harassed and unknown A&R man’s faith.

There is then of course the small matter of Mrs. Robinson, undertaken according to Dando on the strict understanding that it would be used solely in a Japan-only tribute to The Graduate’s 25th anniversary.

It joined Suzanne Vega’s Luka in their repertoire, but in the fevered then-environment of the guitar as king, the scuzzy throwaway blasted Ray to half a million sales and would give Dando a shot at celebrity he was completely unprepared for. 30 years later, he’s still never played it live.

Time for another go around then. The additional material that comes with this reissue is in keeping with the band’s grand tradition – eccentric and patchy – and not in of itself a compelling reason to go out and buy it.

A clutch of demo versions strummed with just a guitar are at least simple and brilliantly lo-fi, putting the listener into Dando’s head as well as occasionally revealing his slightly creaking voice.

Calling the rest ‘Essential’ depends on your perspective, even though there’s a surprise – and surprisingly good – take on ABBA’s Knowing Me, Knowing You and a chaotically off the cuff rendition of Alison’s Starting to Happen.

All of this was before a song about a middle-aged woman and her assignations in the Taft hotel changed the game, and even if the man himself hates it, it still gave Shame About Ray’s sweet dilapidation the public it absolutely deserved and probably wouldn’t otherwise have got.