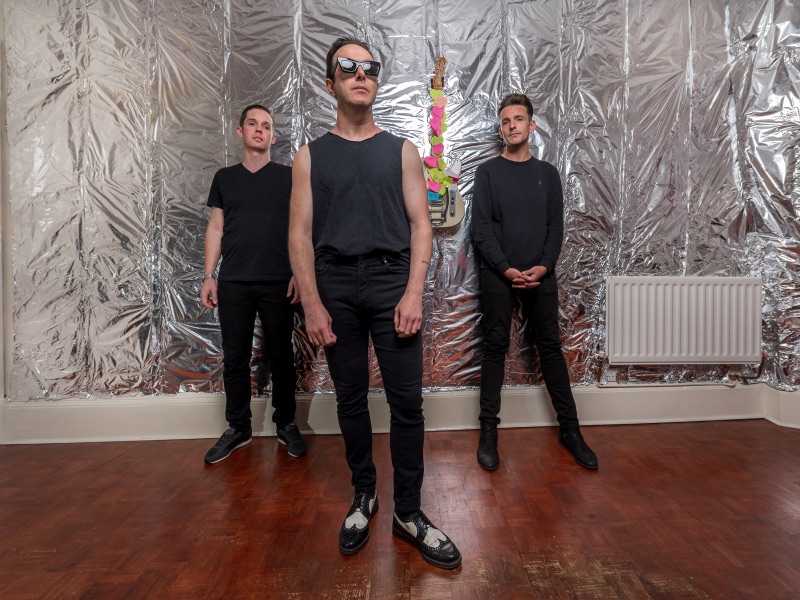 Glasvegas have always consciously been out of step.

Cast your minds back, if you can dear reader, to 2008. Pre-COVID, pre-Brexit, pre-Trump, they were simpler times (although the financial crash was kicking off so they weren’t exactly halcyon days).

The indie world, when genres were still a thing, was grooving to the innocent sounds of Vampire Weekend, Friendly Fires and MGMT (and The Ting Tings, but the less said about that the better).

Meanwhile, a black-clad group of Glaswegians were forging their own path. After much hype in the preceding years, including acclaim from the NME, Glasvegas’ self-titled debut album was the sound of adolescence, broken homes and crime set against a backdrop of expansive, echoing and shimmer sounds which rightly earned them further platitudes, featuring as it did on most End Of Year lists.

Fourteen years on, they’re still doing things their own way. Despite his omnipotence, the influence of Elvis Presley is rarely apparent in contemporary music, but Glasvegas wear it proudly.

Last year’s album Godspeed had the same lettering style as The King’s debut album (and The Clash’s London Calling, another reference point, not least in the striking similarity between the frontmen), and Hound Dog and a curtailed Jailhouse Rock warm the crowd up before the band take to the stage.

Set opener Dive is a taster of things to come, intensity set to music with an accompanying light display which adds to the immersive mood. Sadly, it gets a slightly subdued response from the crowd, but that’s no fault of the band.

As it’s a Saturday night, the middle-aged parents are out on the town and comprise most of the audience, clearly only here for the early material, but fortunately the epic wall of sound the band create drowns out their half-cut ramblings. Acts like Glasvegas, who clearly put their heart and soul into their work, deserve better, but James Allen is courteous and grateful throughout.

And the later material holds its own. The title-track from 2013’s Later…When The TV Turns To Static is as feedback-heavy as anything from the debut, with some heart-wrenching lyrics (‘I pray for the damaged to be loved unwillingly’) to match.

Likewise Keep Me A Space, with chiming guitars that resonate throughout the venue, and a shining example of Allen’s capacity to find romance in any form; ‘If it’s true that like is a beach ball, throw as many, I’ll be your beach, I will catch them all’.

Best of all is the tick-tocking Shake The Cage (für Theo), as featured in last year’s Alan McGee biopic Creation Stories. Less a song than a list of instructions, it’s hypnotic to watch Allen reel them off while new drummer Chris assaults his skins and the audience cavernously.

The band’s under-rated second album, EUPHORIC//HEARTBREAK, is represented by The World Is Yours, which ups the tempo after a slow start, and the mighty Whatever Hurts You Thru The Night. Also from the album, and arguably their best song, Lots Sometimes is positioned well as the penultimate song of the night, repeating the title mantra to build the tension and emotion as a precursor to a climax.

The climax being It’s My Own Cheating Heart That Makes Me Cry, which gets the second biggest singalong of the night, after Go Square Go. Unsurprisingly so, as its coda of, ‘Here we, here we, here we fucking go’, is genius in its simplicity, despite its origins as a Glaswegian playground chant to signify a scrap.

Daddy’s Gone maintains its position as the best song about broken families (with very little competition, oddly) while Geraldine, the first song in the set from the debut, is a reminder of just how impactful that album was.

Witnessing such a reaction, the temptation to play a set comprising mostly of early material must have been strong, so kudos to Glasvegas for covering their whole career in a set which is the most gargantuan noise one can imagine or, indeed, mere mortals can surely create.